The King’s Distinguished Alumni Awards launched in 2017 to recognise distinguished alumni and students who have demonstrated outstanding professional achievement, civic leadership, or service to King’s and society.

Our 2020 cohort is a group of outstanding individuals who have excelled in their fields – people who we are proud to count as members of our global community. We are delighted to announce this year’s winners here within InTouch Online and, although we couldn’t celebrate this year with an in-person ceremony, we are raising a virtual glass to this year’s winners and look forward to seeing them as part of our 2021 celebration. 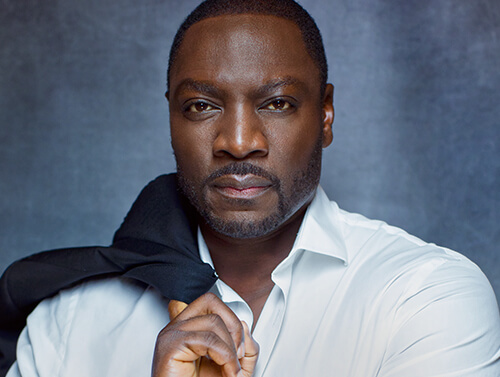 Alumnus of the Year

This annual award recognises an alumnus who has demonstrated outstanding personal achievement.

Adewale is a British actor, writer, musician and director, scoring roles in well-known TV and film franchises including The Bourne Identity, Thor: The Dark World, Suicide Squad, Lost, and Game of Thrones, making his directorial debut last year with the autobiographical Farming. Adewale spoke to InTouch earlier this year. He shared insights into his life and career, and about how he managed to overcome some devastating challenges, going to the excel at King’s and later in Hollywood. Adewale was delighted to learn that he is our 2020 Alumnus of the Year.

It is a huge honour to receive this award. Education was the key for me to transform my life. It has provided the foundation for my success in every endeavour and opened a window to boundless opportunities, which I would never have believed possible. My experience at King’s is one that I shall treasure. 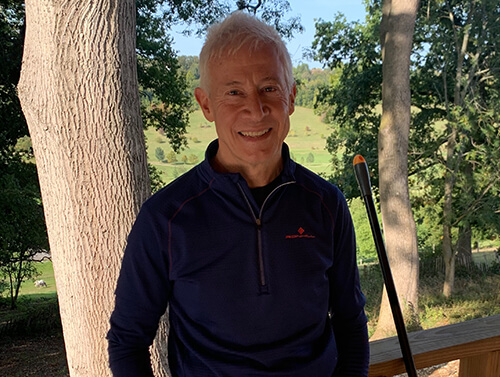 This award recognises the exemplary contribution of a member of the King's community to the university or alumni body. The award honours Helen Hudson, former Dean of Students, who helped promote education for women and support students at King’s for over 20 years.

David is a highly successful and experienced CEO in the technology sector. After an early career in IBM, David founded Crimsonwing in 1996, an international software and services business that was acquired by KPMG in 2015. In 2010, David was awarded the Malta Order of Merit for services to the Maltese economy.

David is Entrepreneur in Residence at King’s, helping advise and mentor 20 selected start-ups a year in the King’s Entrepreneurship Institute’s Accelerator programme. David generously funds the David Walsh scholarship at King’s, which recognises personal growth, leadership and the development of team skills in entrepreneurship. 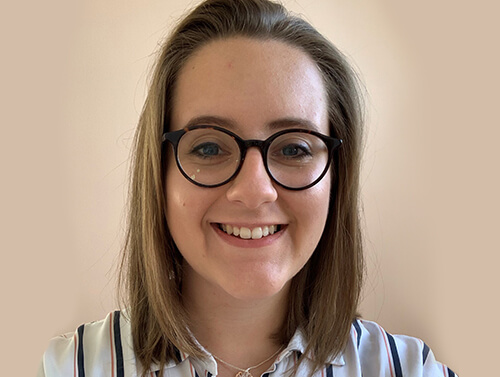 This goes to a King’s student who has exceptional potential and is a visionary thinker.

Lauren was part of the founding committee for the Royal Aeronautical Society’s Next Generation Aerospace Medicine group, which focuses on mentoring and developing the next generation of aerospace medicine professionals.

Science, Technology, Engineering and Maths (STEM) outreach is a large portion of Lauren’s focus; she has acted as a mentor with the International Space School Education Trust for three years, helping students design space science experiments. Further to this, Lauren has been carrying out the research and development for two experiments that launched to the International Space Station in March of this year and, was selected as the youngest student to attend the European Space Agency’s Human Space Physiology Training Course in 2018. She also gave a TEDx talk at King’s in November 2019 on the subject of space medicine. 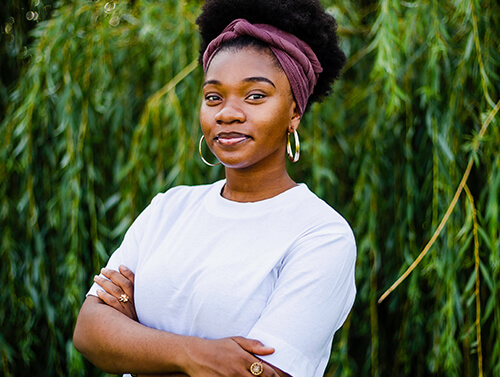 This goes to a member of the alumni community who has served the needs and aspirations of society, making a significant positive impact in their community.

During her time at King’s, Dami started an initiative that brought together over 6,000 entrepreneurial women and freelancers across London. Since leaving university, Dami has been leading girl-centred charity GlobalGirl Media UK, directing the programme for young women from underserved communities, amplifying their voice on women’s issues.

Dami has worked on many community projects, including supporting a start-up delivering coding classes to children – many of whom were affected by the Grenfell tragedy – and leading a COVID-19 response project aimed at tackling feelings of isolation and loneliness amongst London’s homeless during the pandemic. 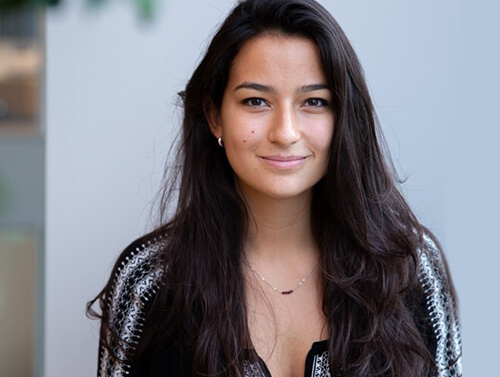 This is awarded to a King’s graduate who has made an outstanding impact within one of King’s home boroughs. They may have worked side by side with our local communities on a transformative project or spearheaded a civic initiative that has made a positive impact in Lambeth, Southwark or Westminster.

Romina is the Founder and CEO of Girls United (GU), a not-for-profit organisation that offers girls in South London greater opportunities to succeed in education and their careers by providing leadership and transferable life skills through football.

Romina developed GU after winning a place on the highly competitive King’s 20 Accelerator. Initially launched in Mexico, Romina has successfully brought the programme to South London and plans to expand it across the capital, and beyond. To date, GU has positively impacted over 1,000 girls in the UK and Mexico. 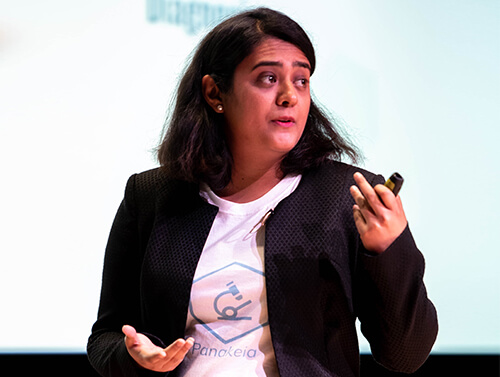 A member of the alumni community who showcases exceptional entrepreneurial spirit.

Dr Pandya is the CEO and co-founder of Panakeia Technologies. Dr Pandya pursued an MRes in Molecular Biophysics and a PhD in Cancer Biophysics at King’s. An award-winning entrepreneur, Dr Pandya has held several leadership positions with entrepreneurial institutions, was also part of the King’s 20 Accelerator in 2018–19 and was selected as a World Economic Forum Global Shaper. 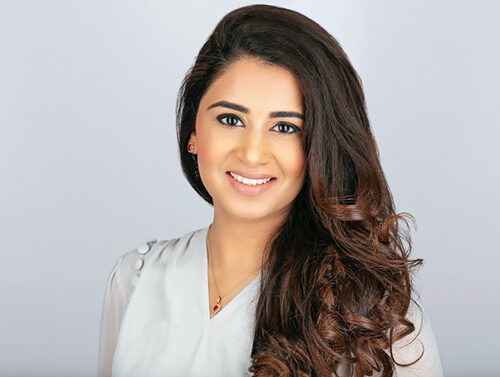 A young King’s graduate who has exhibited exceptional success as a rising star in their professional field.

Samrina Bhatti began her career as a clinical pharmacist at Guy’s and St Thomas’ NHS Trust, where she developed an interest in healthcare technology and innovation. Her work led her to be awarded the highly commended national award of ‘Future Digital Leader of the Year’ from Digital Health, as well as the ‘NHS70 Women Leader’ from the London Leadership Academy in 2018.

Samrina went on to become the Chief Pharmaceutical Officer’s Clinical Fellow at the NHS England Specialist Pharmacy Service and she is part of the Commonwealth Partnerships for Antimicrobial Stewardship scheme, funded by the UK Department for Health and Social Care’s Fleming Fund. Samrina is now at the Deloitte Centre of Health Solutions and is working on projects across the UK and Europe encompassing the healthcare, life sciences and health tech industries. 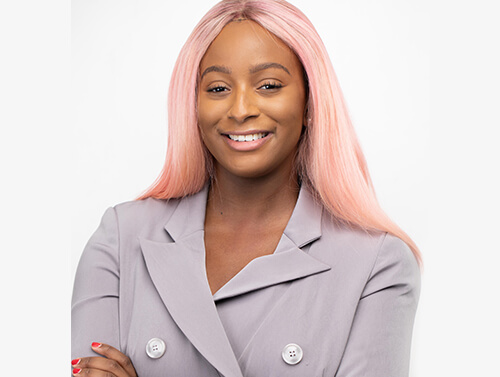 A King’s graduate with outstanding achievements in the arts and culture sector.

Florence Ifeoluwa Otedola, famously known as Cuppy, is a Nigerian-born DJ, musician, entrepreneur and philanthropist. Cuppy has served as Ambassador and Board Member for global institutions including Save the Children and Global Citizen.

In 2018, she officially launched her foundation, The Cuppy Foundation, dedicated to empowering the most vulnerable members of society by providing them with primary healthcare and quality education. In May 2020, Cuppy became the first African to host a radio show on Apple Music and unveiled her debut album, ‘Original Copy’. 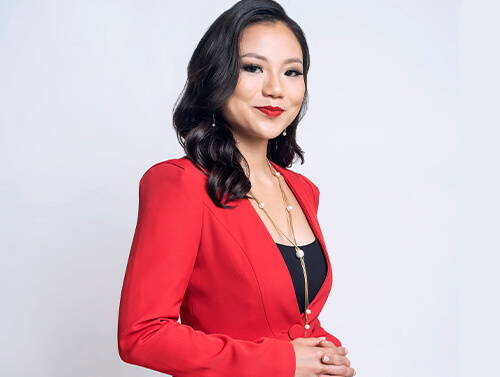 This award is given to a member of the King’s alumni community who lives outside the UK and has shown outstanding professional achievement or civic leadership, or who has supported King’s alumni and students internationally.

Sarah’s career spans venture capital (VC) and innovation in Asia and the US. She is Co-Founder of The Billion Dollar Fund for Women/Beyond The Billion – a global consortium of venture funds and limited partner investors that have pledged to invest and are actively deploying over $1 billion towards women-founded companies and the funds that invest in them to begin to address the investment gap where women founders receive less than 3 per cent of total VC funding.

Sarah has been named Young Global Leader by the World Economic Forum, Forbes 30 Under 30, and is a recognised speaker and adviser on VC and women in leadership, sitting on multiple boards, with the end goal of fuelling women’s ambition, power and influence globally. 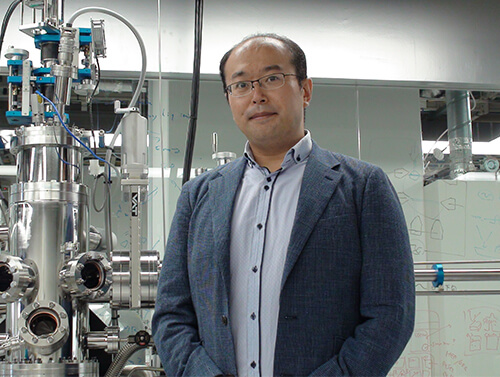 A King’s graduate who has excelled in science, technology, engineering, or maths.

Akichika Kumatani is an Associate Professor and has been selected as a distinguished researcher at Tohoku University, Japan. He has also been appointed as an invited researcher at the National Institute for Materials Science, Japan.

He has been recognised for his contribution to surface and analytical science, developing visualisation techniques for lithium-ion transport and electrocatalytic reactions. Professor Kumatani has delivered multiple presentations at international conferences and, in 2019, was awarded the Young Scientists’ Prize by the Commendation for Science and Technology by the Minister of Education, Culture, Sports, Science and Technology in Japan. 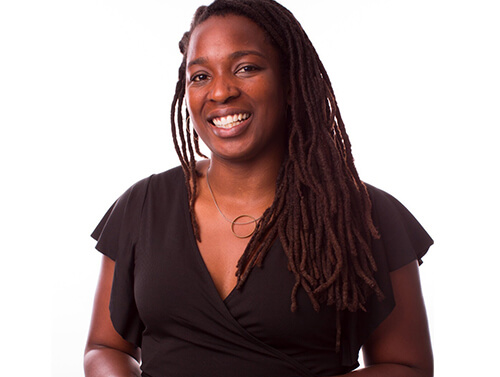 A member of the King’s alumni community who has excelled internationally in the medical or health industries.

Toyin has focused on improving the quality of, as well as access to, the healthcare provided to underserved, marginalised and vulnerable populations. She co-founded the Welbodi Partnership, an organisation whose mission is to improve the capacity of the healthcare system in Sierra Leone.

More recently, Toyin launched Cityblock Health, a New York-based company with a mission to improve outcomes for marginalised communities by rebuilding trust and eliminating disparities. Toyin is a practising family physician in the United States, a member of the Board of Directors of the City University of New York School of Public Health Foundation, a proud resident of Brooklyn New York, and a public speaker on issues of health and disparity. 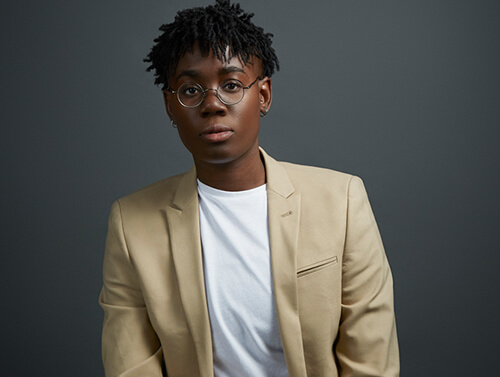 A King’s graduate who has made a positive impact or is enhancing the lives of others through outstanding leadership or service.

As a children’s TV presenter for Operation Ouch on CBBC, Dr Ronx taught children about medicine and the human body, as well as demonstrating that they too can aspire to reach their dreams. Spearheading several community fundraising initiatives, in 2018, Dr Ronx raised nearly £2,000 so that over 400 young people in East London could see the inspiring film, Black Panther.