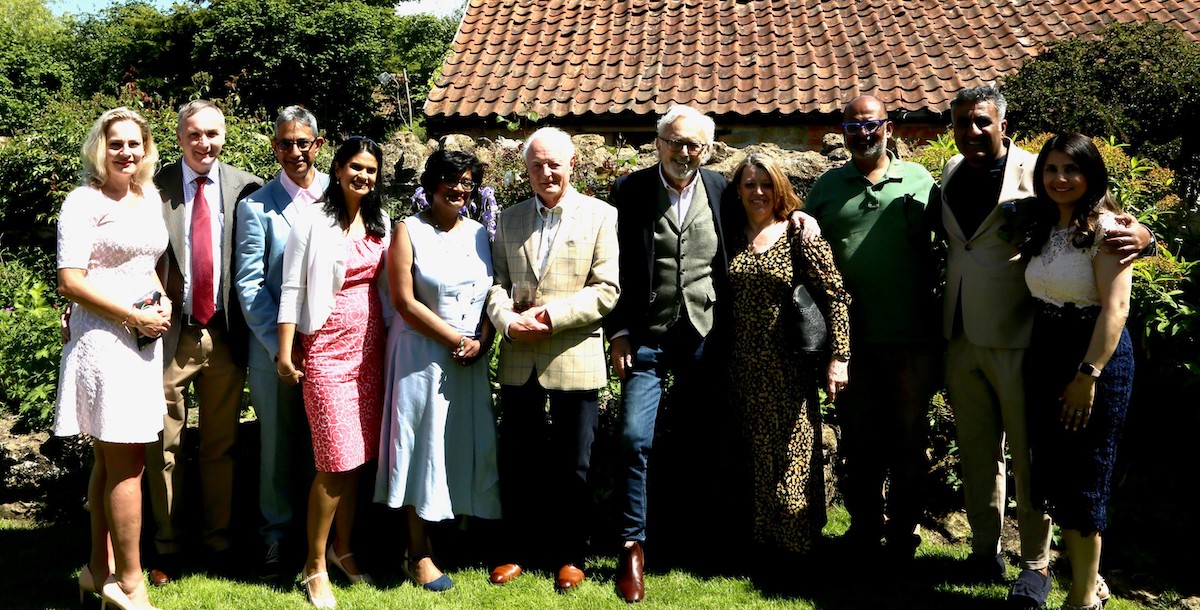 Earlier this year, alumnus Dr Amit Kotecha (Dentistry, 1991) reunited alumni and colleagues for a tribute event to honour the now Emeritus Professor of Oral & Maxillofacial Surgery at King’s College London, Professor John Dudley Langdon. Taking place at Professor Langdon’s favourite pub, The Barrington Boar, in Ilminster, Somerset, the event highlighted the impact Professor Langdon has had on the lives and careers of those he taught and mentored.

In his tribute speech, Dr Kotecha recalls his first encounter with Professor Langdon, shares anecdotes about his time as a student at King’s and thanks Professor Langdon for his continued mentorship throughout his career.

‘Prof interviewed me in 1987. A skinny little boy of 17 with a borrowed suit in the big city. He remembered me amongst all the students he interviewed. I totally don’t recall it: I interviewed at all four London schools of dentistry, getting offers from all four, but King’s was the only one for me. How Prof was able to remember me and then remind me four and a half years later, I cannot fathom.

‘My connection to Prof, apart from the interview, was through photography. It was during a long head and neck procedure that Prof’s medical photographer hadn’t turned up for, and as undergrads, we were all lined up watching. He asked if any of us could handle a camera. I boldly asked what type of camera, to which Prof replied, “A split-angled lens.” To this, my foolish reply was, “Well, you can’t really get it wrong then.” Thank God, I didn’t get it wrong that day.

‘My mum died in my final year at King’s having suffered from cancer for six and a half years, and Prof was there for me. He got me my job at Birmingham University too, where I could commute from Leicester to support my father, without me giving up on my Max Fax [maxillofacial surgeon] dream.’

A special cake was made for the tribute event, which survived a 200-mile detour to get there. It featured the coat of arms of King’s College London, the professor’s name and a phrase from the film Dead Poet’s Society: ‘Captain my Captain’.

‘It was a very special day for everyone who attended,’ Dr Kotecha recollects, adding that Professor Langdon had a ‘super day’. Reflecting further, he shares: ‘I know how much this day meant to Prof, but equally, it meant so much to all those who attended. The chance to truly thank your mentors doesn’t come easily, and to have had that opportunity 30 years after graduating was simply priceless.’

With two children who graduated in the dental profession this year, Dr Kotecha says, ‘I only hope that they meet a mentor as dedicated as Prof.’

Dr Amit Kotecha FDS RCS (Eng) BDS (ULond) LDS RCS (Eng) AKC is a specialist oral surgeon. He describes himself as an adrenaline junkie. He’s climbed Mount Everest and raised £117,000 for Cancer Research UK, and he says his greatest achievement is his kids. 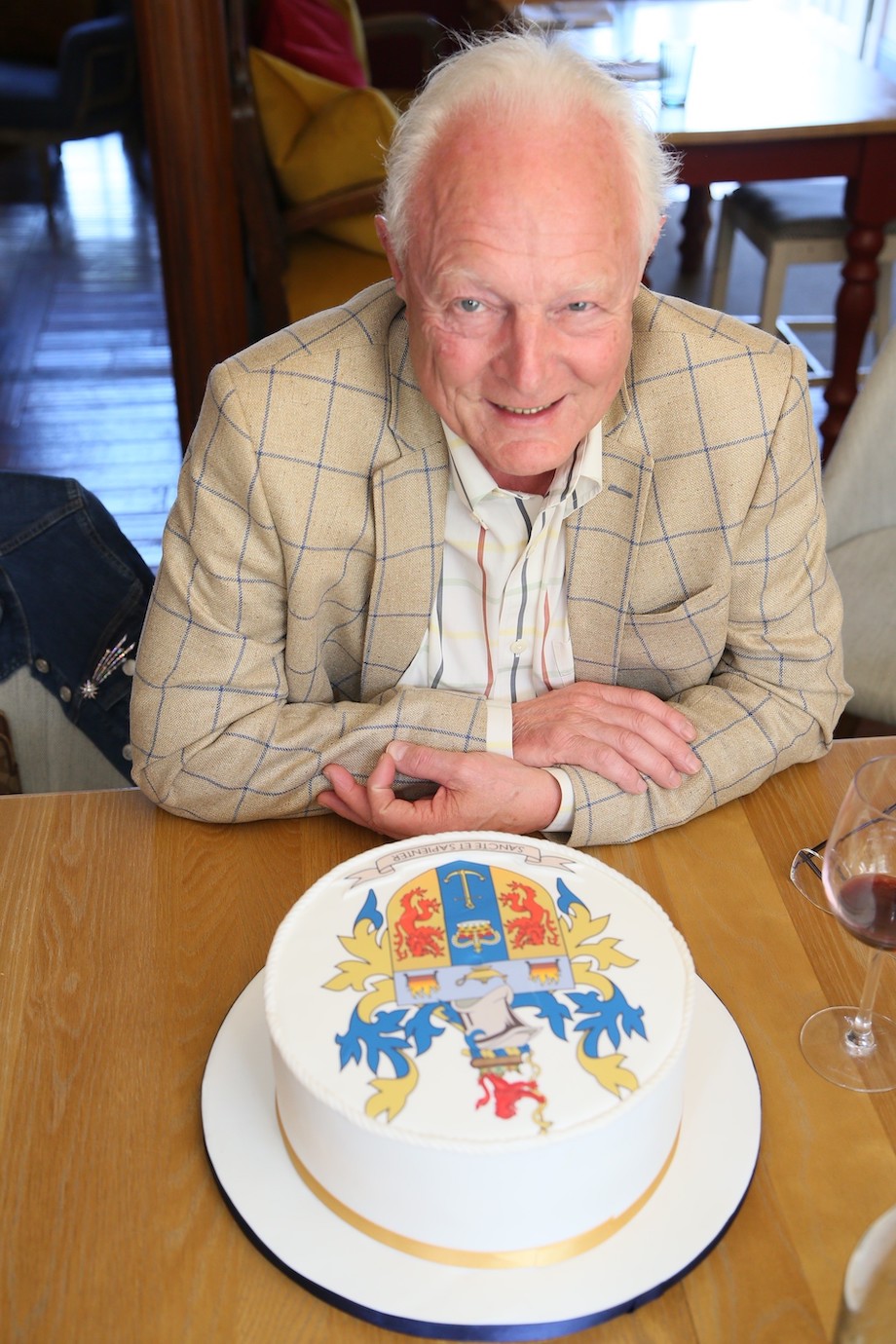 Professor Langdon with his cake 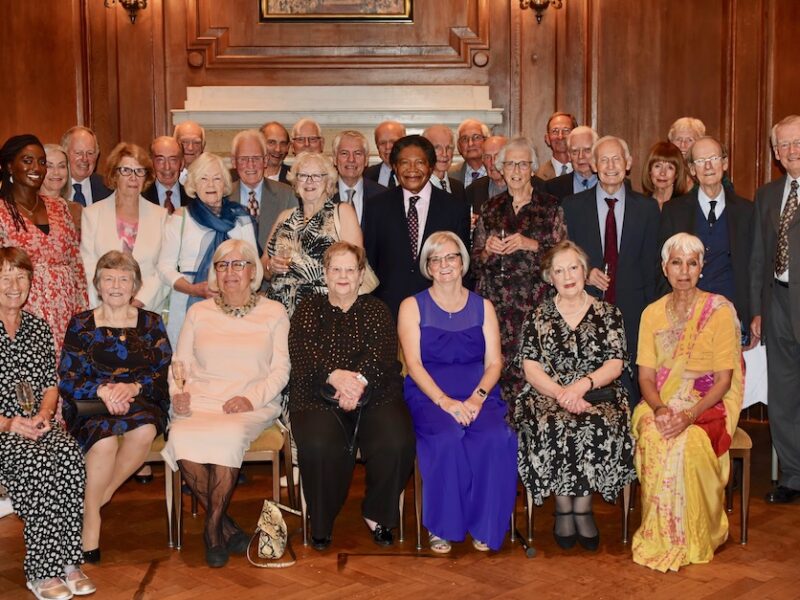 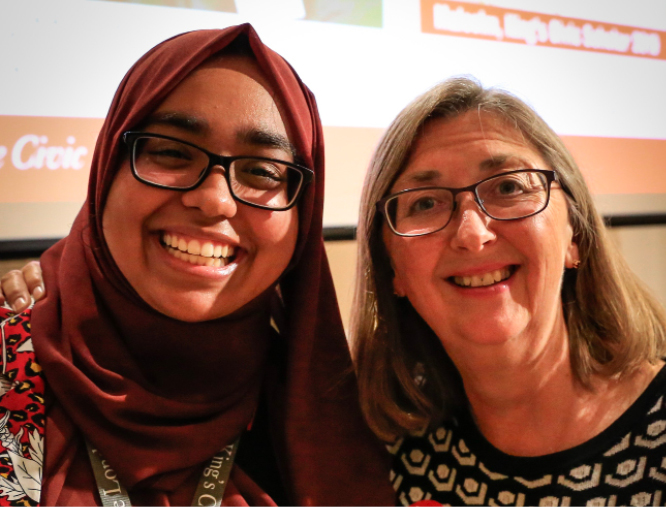 We met at King’s: Connections & conversations