Host and winners of the King’s Distinguished Alumni Awards 2022 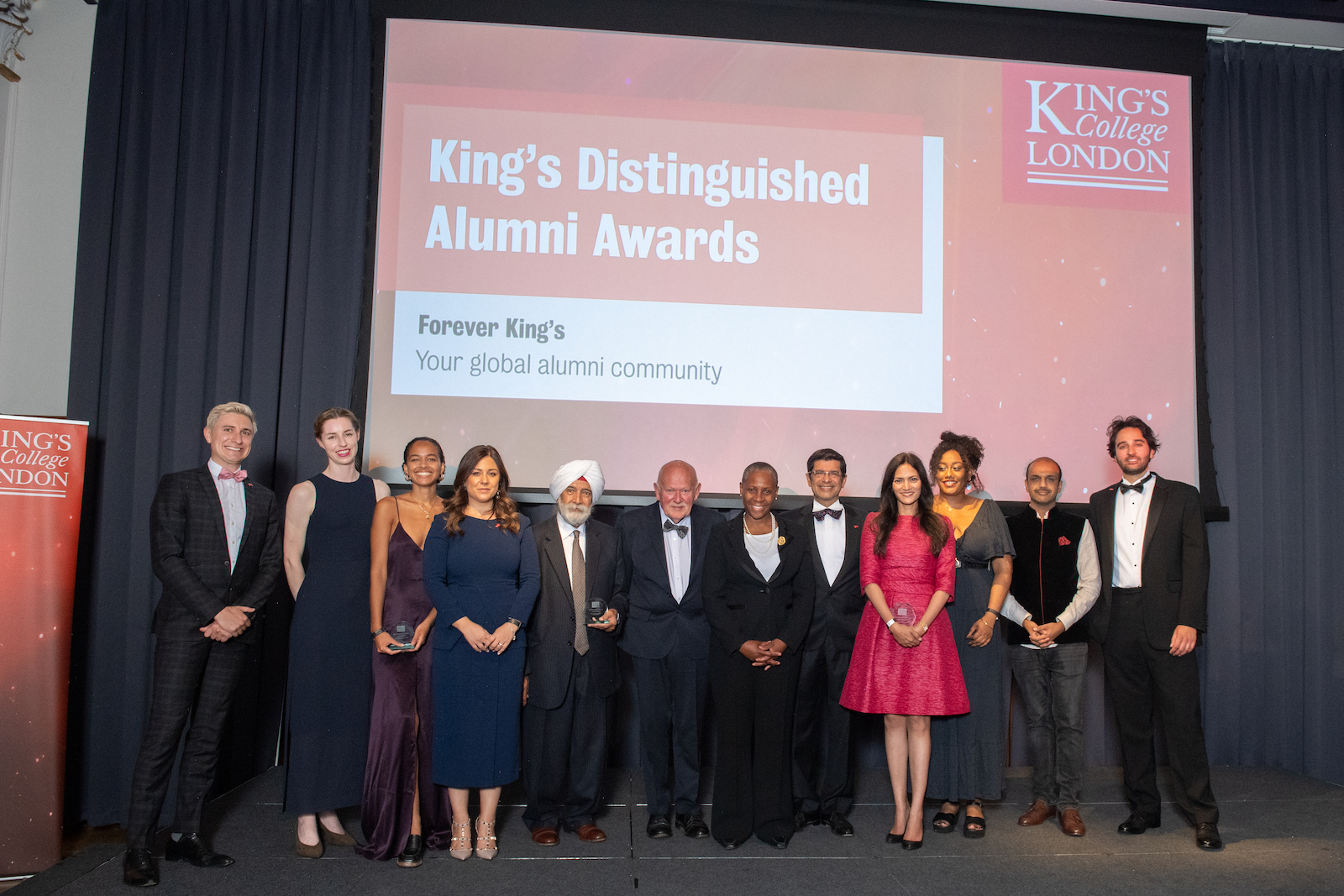 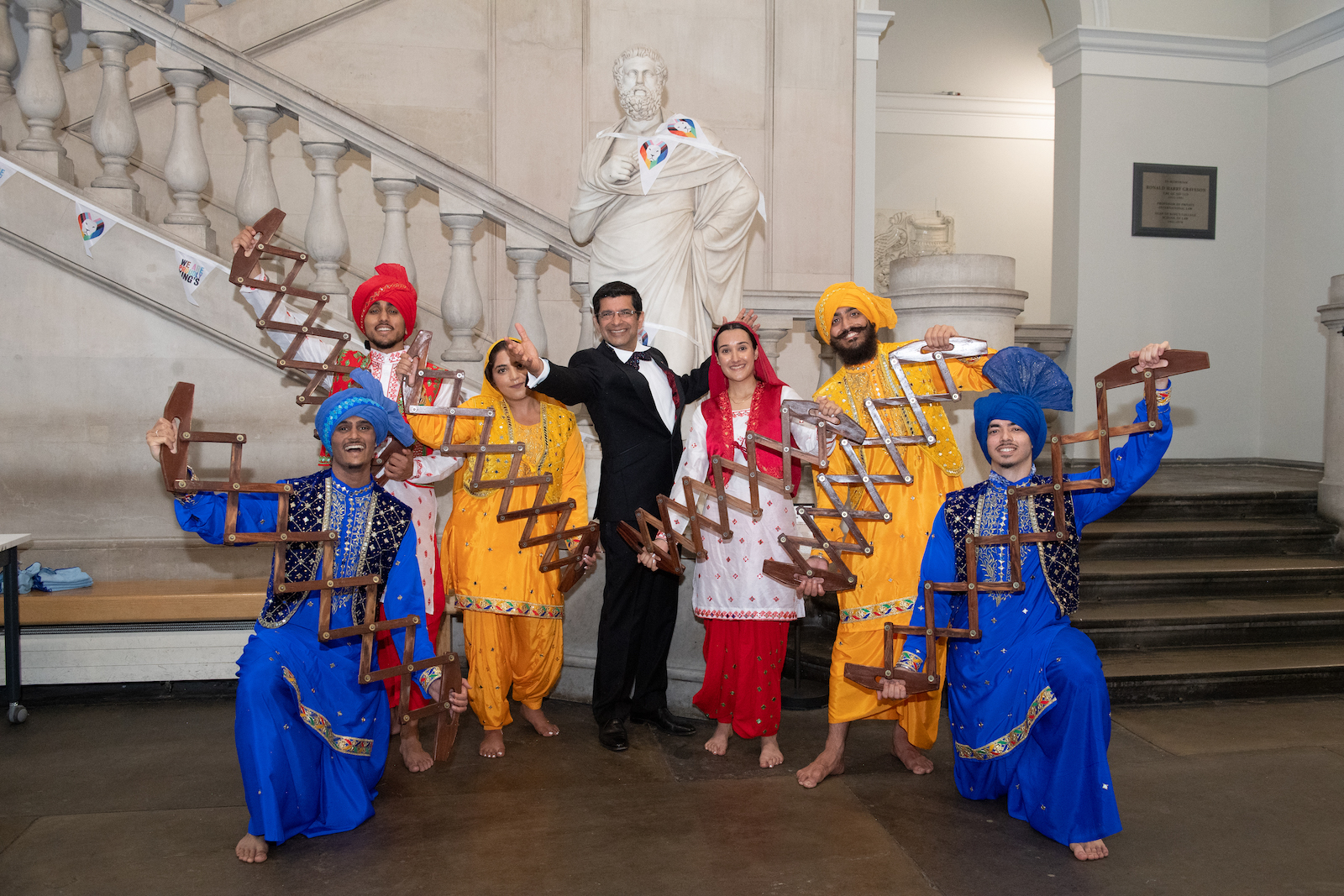 Dr Azeem Alam in the audience 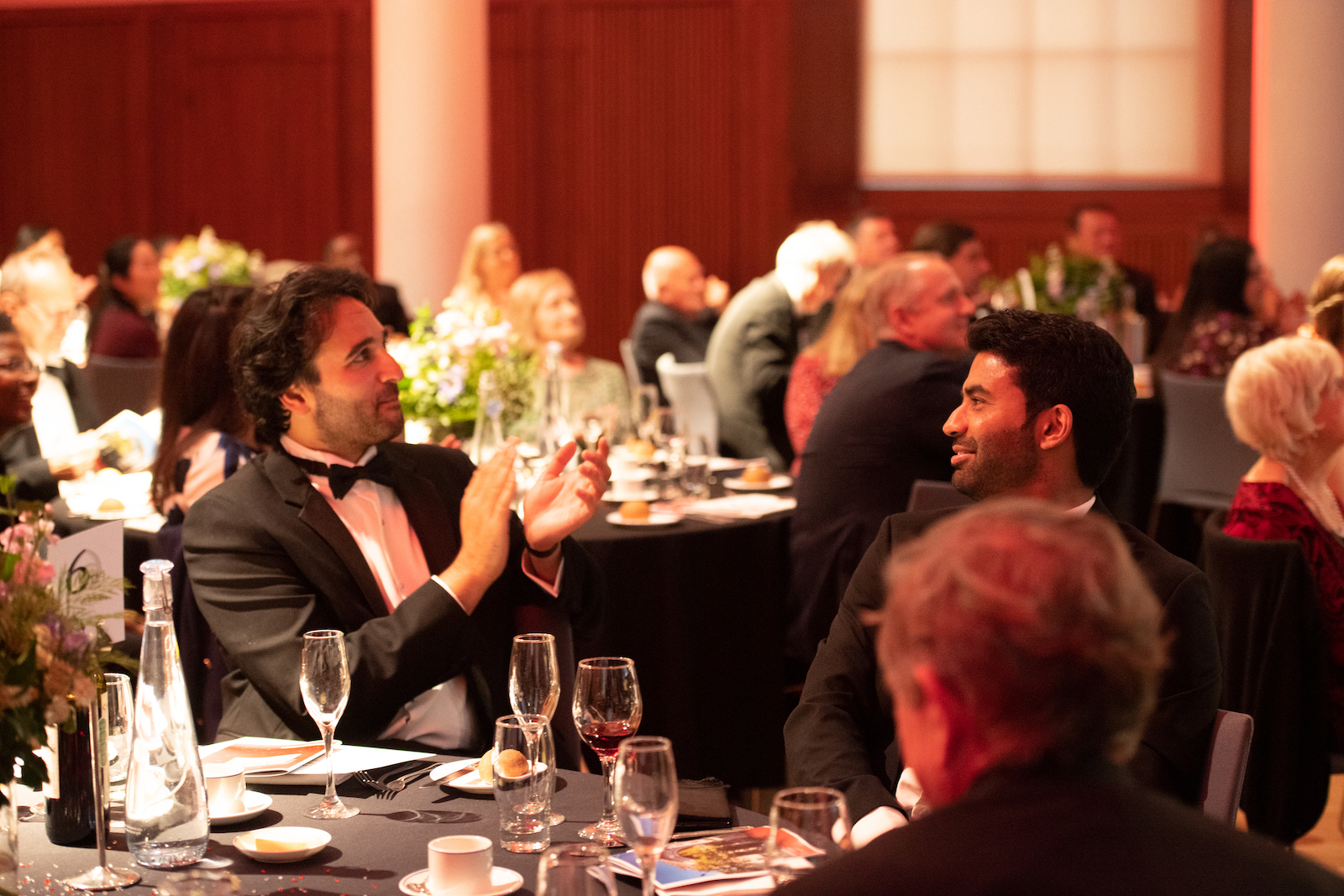 The KCL Jazz society playing for ceremony guests in the Quad 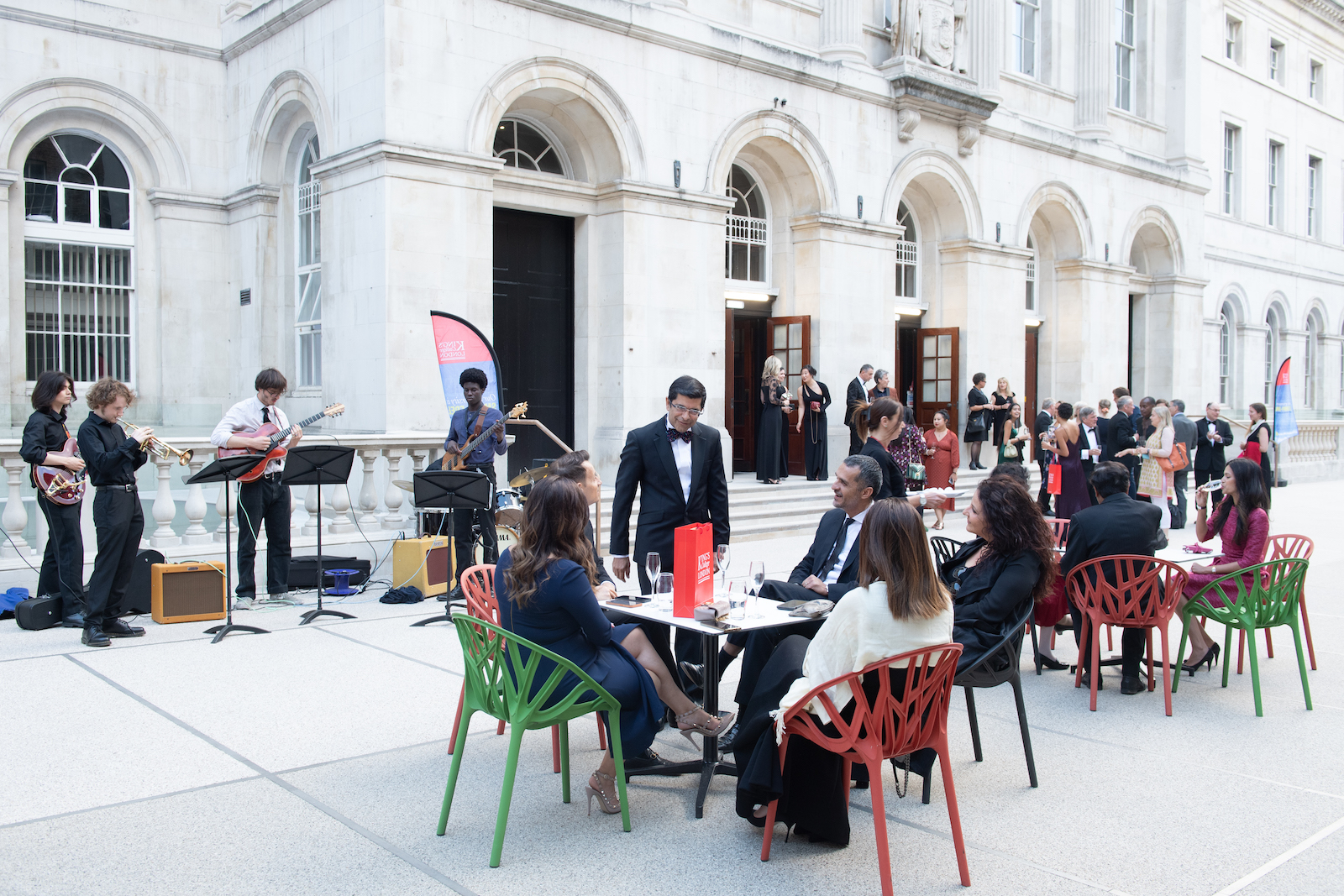 Meet the King’s alumni making the world a better place

Launched in 2017, the King’s Distinguished Alumni Awards recognise alumni and students who have demonstrated outstanding professional achievement, civic leadership, or service to King’s and society. Awards are given in a range of areas celebrating the breadth of endeavour across our alumni community.

A night to remember

Jazz floated across the Quad as, bubbles in hand, a diverse and glamorous group mingled in the summer evening sun. The excited chatter centred around the new faces that had recently appeared along the Strand windows next to famous alumni of yesteryear and on the ceremony that was about to begin in the Great Hall.

This was the beginning of a fabulous evening earlier this year, celebrating your King’s Distinguished Alumni Award winners of 2022. After two years without a physical ceremony, it was particularly wonderful to be able to invite previous winners back to join this year’s festivities.

Hosted by actor, comedian and alumnus Tom Rosenthal (Philosophy, 2009), this year’s event provided plenty of entertainment, with both the King’s student Jazz Society and the Bhangra society performing.

Alumna of the Year 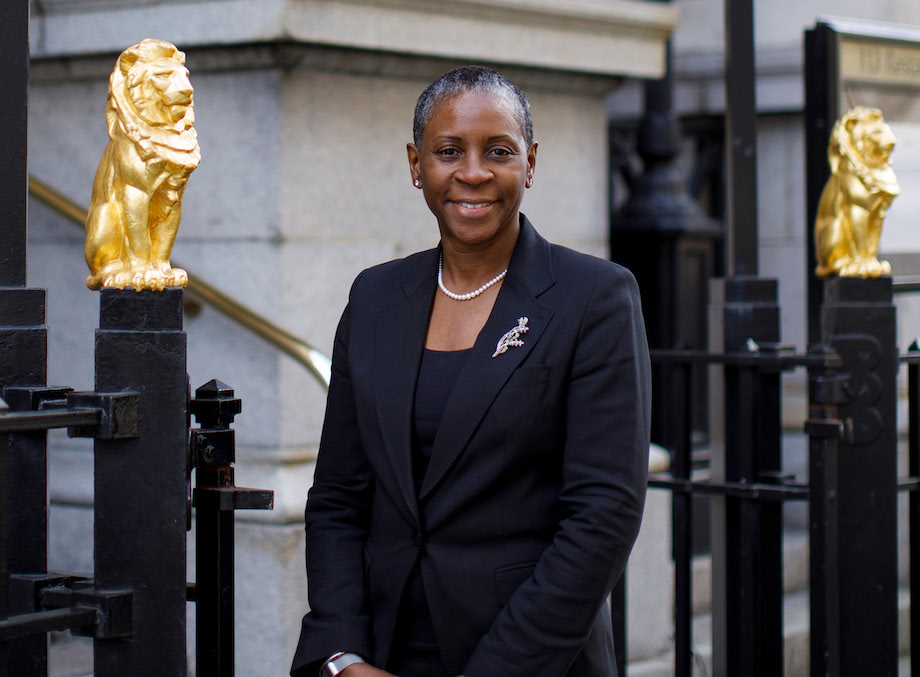 A message to the alumni community from
King’s Alumna of the Year 2022 I. Stephanie Boyce

Your Alumna of the Year was announced as I. Stephanie Boyce (LLM Public Law & Global Governance, 2010), a solicitor with a wealth of experience in corporate governance, regulatory frameworks and professional regulation. In March 2021, she became the 177th President of the Law Society of England and Wales, the first black person and the first person of colour to hold that office.

Stephanie made the Power List 100 Most Influential Black People in the UK in 2021 and 2022. She was the joint recipient of the 2022 Burberry British Diversity Awards-Inspirational Role Model of the Year award, and most recently she was awarded The High Sheriff of Buckinghamshire Award in recognition of her leadership and contribution to the field of diversity and inclusion. 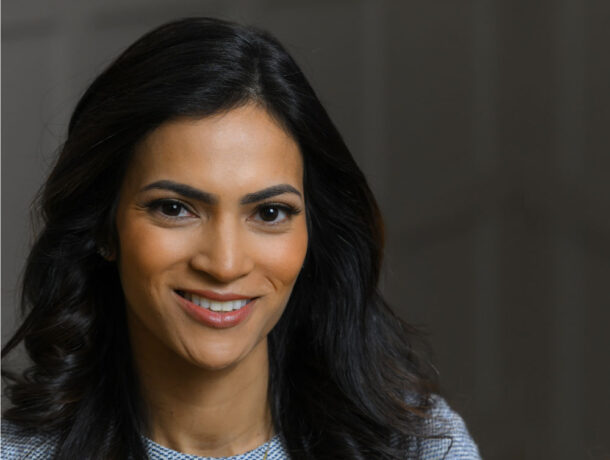 The Helen Hudson Award, named in honour of the former Dean of Students and awarded to a member of the King’s alumni community who has made an exemplary contribution to the university or alumni body, was awarded to Rita Kakati-Shah (Mathematics & Management, 2001). Rita is an award-winning gender, diversity, inclusion and career strategist, advisor to Fortune 500 companies, author, and TV show host. Rita founded Uma, a strategic international diversity and inclusion coaching, consulting and training platform that empowers confidence, inspires success, and builds leadership and resilience in women and minorities around the world.

Rita serves on the King’s Business School Advisory Council, is an active member of the King’s New York Alumni Committee, and is an honorary member of the Los Angeles Alumni Board. She passionately believes in service and giving back, mentors many King’s students, and also serves as an advocate and role model for various King’s clubs, societies and alumni globally. She is an honouree of the President’s Lifetime Achievement Award from US President Joe Biden and also holds an Honorary Doctorate of Humanities from Commonwealth University. 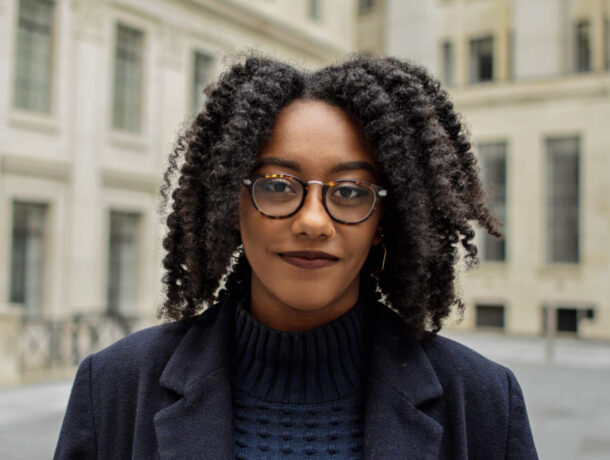 The Future Alumna Award goes to a current King’s student who has demonstrated exceptional potential during their studies through extracurricular activities. This year’s winner is Nkasi Stoll (MSc Mental Health Studies, 2017), a PhD Candidate and Research Associate at King’s working on projects exploring and tackling racial inequality in student mental health.

Nkasi is the Co-Founder of Black People Talk and Director of Black Students Talk, which designs, delivers and evaluates peer support programmes for Black university students. Nkasi is also a Residence Welfare Lead, volunteering to provide wellbeing support to students during their stay in halls. In 2021, Nkasi won the Rethink Mental Illness cash prize Janey Award for her mental health advocacy. 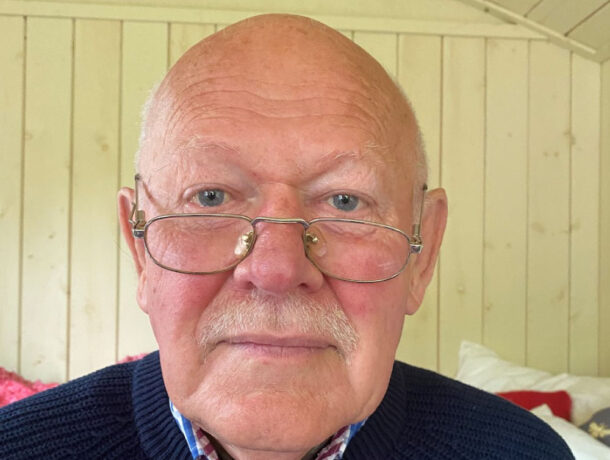 Dr Colin A. Tourle MBE (Medicine, 1965) is the recipient of this year’s In Service Award, given to a member of the alumni community who has gone above and beyond in service of society. Alongside his career as a GP in the NHS, Colin has travelled the world to provide healthcare to children and refugees, most recently making several trips to Lebanon refugee camps to help care for Syrian refugees.

Colin was awarded an MBE in 2017 for services to medicine. 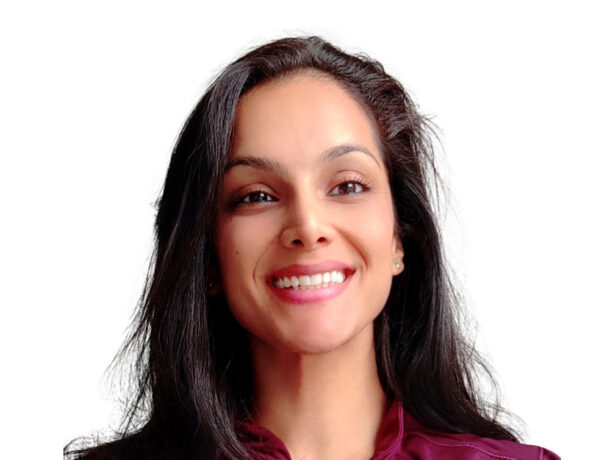 King’s Strategic Vision 2029 sets out our ambition to be a civic university at the heart of London. The Local Communities Impact Award recognises an alum who has made an outstanding impact within one of King’s home boroughs of Lambeth, Southwark or Westminster.

This year’s winner, Savraj Kaur BEM (MSc Disasters Adaptions & Development, 2012), is Executive Director of H&F Giving, working with the people of Hammersmith and Fulham to give back to their community. She is also Co-Founder of Ready Tech Go, a nonprofit aimed at addressing the digital divide, and sits on the board of West London Welcome, which supports refugees, asylum seekers and migrants. 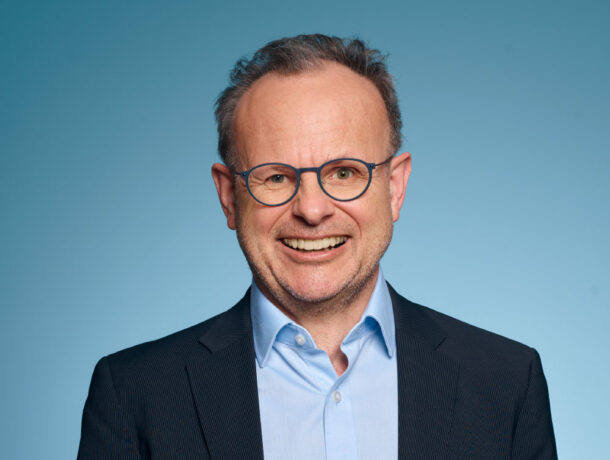 King’s Strategic Vision 2029 sets out our ambition to be an international community that serves the world. The International Impact Award recognises an alum who has made an outstanding impact in the global community through civic leadership and working to address worldwide challenges.

This year’s winner is Sean Marett (Biochemistry, 1986), who, as Chief Business and Commercial Officer at BioNTech, was instrumental in establishing the partnership his company formed with Pfizer to develop the Pfizer BioNTech COVID-19 vaccine. 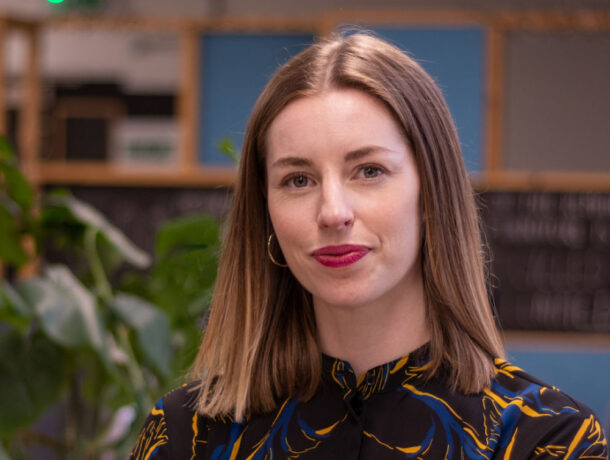 Adele is the Founder and Director of Grandnanny, the UK’s first intergenerational childcare service. Grandnanny launched in 2020 and was part of the King’s20 Accelerator. Grandnanny is now responsible for delivering thousands of hours of intergenerational childcare, has received international press attention promoting later life employment, and was a Finalist for Enterprise Nation’s Female Start-Up of the Year 2021. 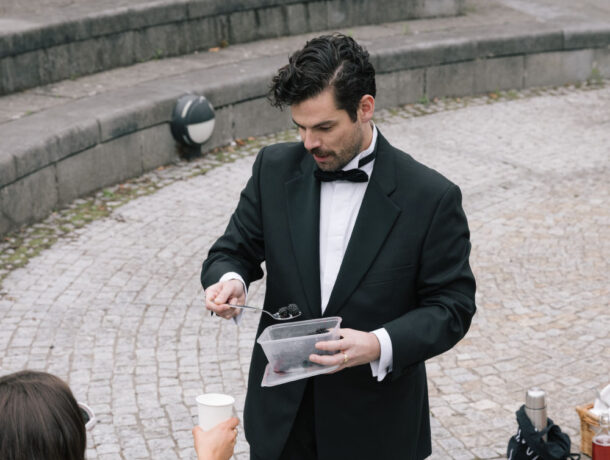 The Arts and Culture Alumni Award goes to a King’s graduate who has demonstrated outstanding achievement in the arts and culture sector. This year’s winner Thomas Wells (MA Art & Cultural Settings, 2014) was awarded the Turner Prize in 2021 for his work with Array Collective, a Belfast-based group of artists that works with communities to respond to social and political issues through performances, protests, exhibitions and events. 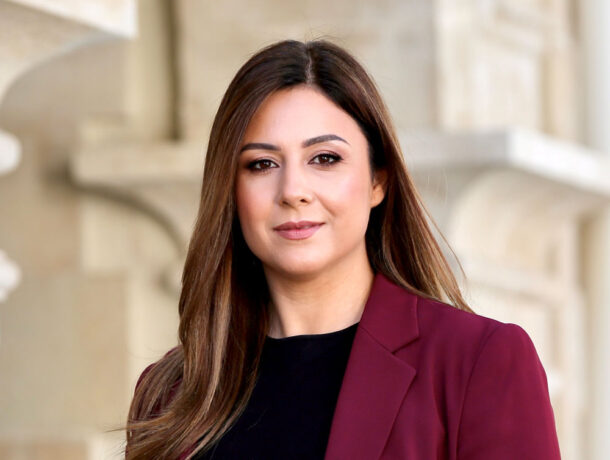 The STEM Alumni Award is given to an alum excelling in the fields of science, technology, engineering or mathematics. Dr Marianna Prokopi-Demetriades (PhD Cardiovascular Research, 2012) is an award-winning biotech innovator, entrepreneur and Clinical Associate Professor in Research Oncology. Her research focuses on personalised oncology and improving quality of life for cancer patients.

Marianna volunteers as a mentor for young people and is Global Ambassador for Cyprus in the WomenTech Network, who also named her one of 10 women to watch in 2022. She serves on the scientific advisory board of Europa Donna Cyprus. 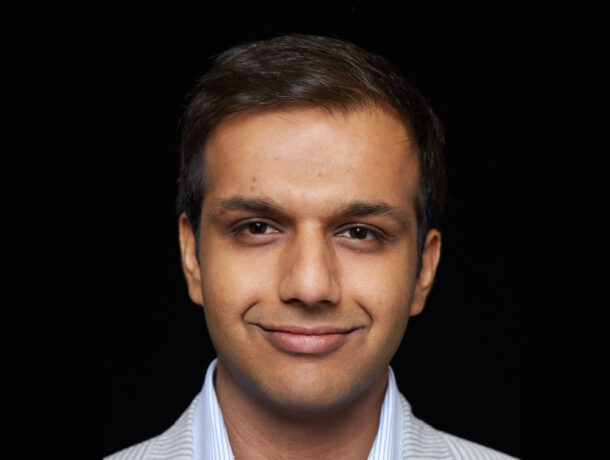 The Global Health Alumni Award goes to a King’s graduate who has demonstrated outstanding work in the medical or health sectors. Rajiv Sethi AKC (Medicine & Surgery, 2019) is a clinician, educator, innovator and leader in medical education and digital health.

Rajiv is the recipient of the prestigious Association for the Study of Medical Education (ASME) New Leaders Award and the Greater Manchester Health & Care Award for work including the establishment of the national widening participation initiative ‘Becoming a Doctor’ and the National Health Careers Conference. In 2021, he was also honoured with the NHS Parliamentary Award for his significant contribution to the NHS in England. 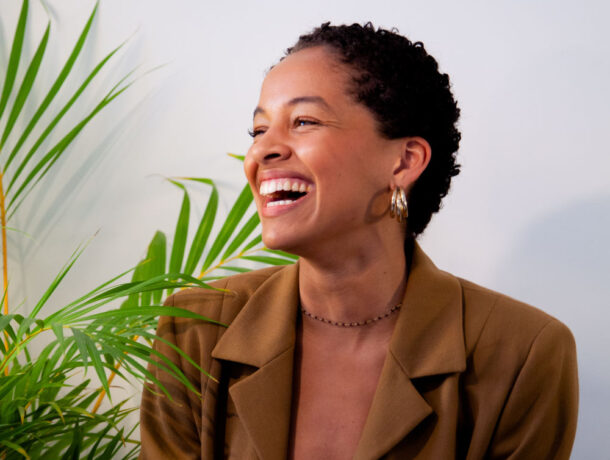 The Emerging Leader Alumni Award goes to a recent King’s graduate who has exhibited exceptional success or rapid progression within their chosen profession. Josephine Phillips (Physics with Philosophy, 2020) first discovered a passion for sustainable fashion while at King’s. In her final year of university, she had an idea to modernise the clothing repair and tailoring sector, which led to her launching Sojo, an app that was described by Vogue as the ‘Deliveroo for clothing repairs’. Josephine took her idea to the King’s Entrepreneurship Institute, where she participated in the Women Entrepreneurs Retreat, won the Idea Factory and joined the King’s20 Accelerator programme. Last year she also won the Santander X Entrepreneurship competition. 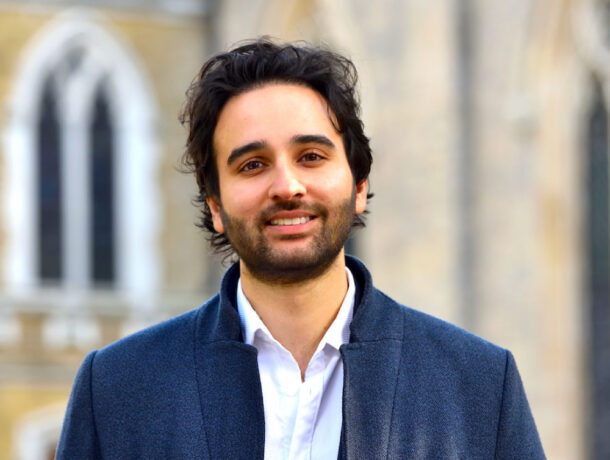 Dr Azeem Alam BEM (Medicine, 2017) has been Highly Commended at this year’s awards, having been nominated over several categories. Azeem is an NHS doctor and a Digital Health Clinician at Cera, Europe’s fastest-growing healthcare technology start-up. He is also an NHS Clinical Entrepreneur and Co-Founder of BiteMedicine, an education technology start-up responsible for teaching and supporting almost 100,000 students globally during the pandemic alone. He was honoured for this work in The Queen’s New Year Honours 2021.

In his spare time, Azeem is also a well-respected songwriter. He was crowned Love Songs Winner at the UK Songwriting Contest 2021, supported by the BRIT Academy, and won in the Male Singer-Songwriter category at the International Songwriting Awards 2021–22.

Give yourself permission to play big. To be committed to you. Find your voice, find the song that only you can sing. Give yourself a thousand second chances and learn to forgive you. 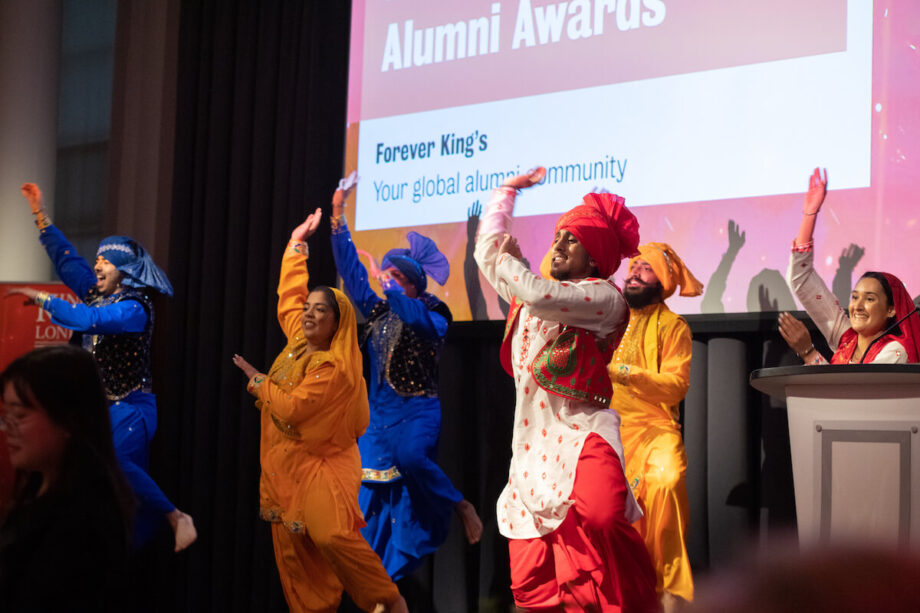 As the applause died away, the guests made their way to waiting taxis ready to whisk them away to homes and hotel rooms across the capital. Each had been inspired by the example of the night’s award winners, and over the weeks and months to come many would go on to make a difference to the people in their own lives, spreading King’s mission to make the world a better place.

Do you know of someone from King’s doing their bit to make the world a better place? Nominations are now open for the King’s Distinguished Alumni Awards 2023 – let us know who we should be shouting about next year!

Share who you were inspired by and why Cancel reply 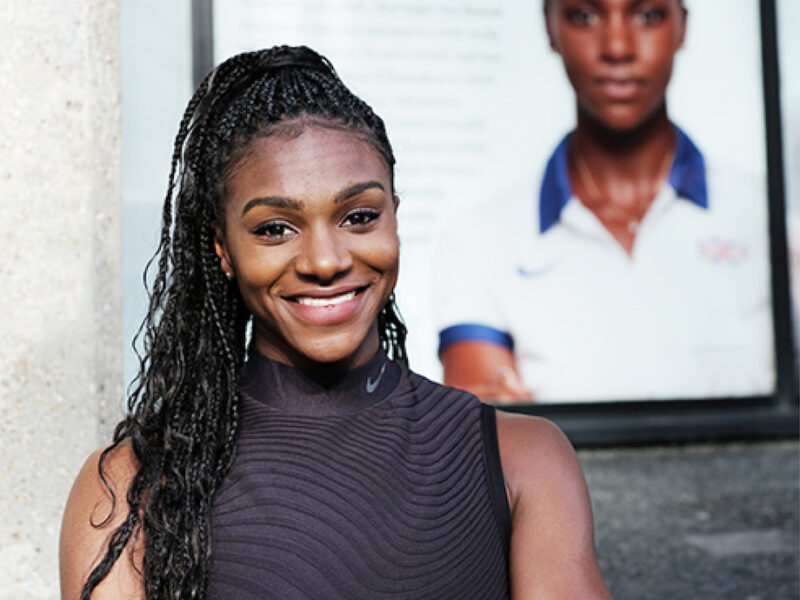 The King’s Distinguished Alumni Award Winners 2021. The awards were launched in 2017 to recognise distinguished alumni and students who... 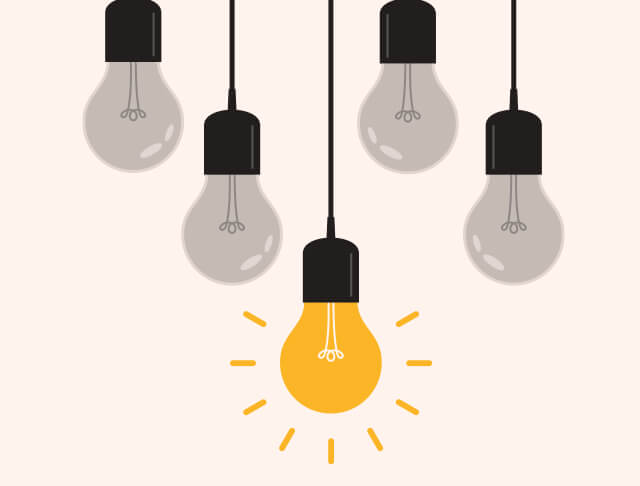 The King’s Distinguished Alumni awards recognise the King’s alumni and students who have demonstrated outstanding professional achievement, civil leadership, or...