On 15 June 2022, Anthony Kremer (German, 1968) passed away from lymphoma at the age of 75. Anthony flew with the University Air Squadron while at King’s and also played rugby and hockey.

Anthony, or Tony, as he was known by his friends and family, came to King’s to study German. It was there where he met and fell instantly in love with a young woman standing by the noticeboard: Sandra Simmonds (as she was then) who was to become his adored and adoring life-long dance partner and co-conspirator.

Tony qualified as a pilot on a scholarship from school, clocking up more than 100 hours of solo flying for the University Air Squadron before passing the commercial pilot’s entrance exams. Sandra told us his job took him extensively overseas, but he loved his home and children and they both still regarded the Strand and surrounding area as their ‘hood’. He wrote of his love of aerobatics:

‘I conquered the skies!!! This was the sport for me, practised high above the rolling Berkshire countryside … Often alone, no one else to see my exploits. Or was I? Waggling my wings to the crowds imagined below, gazing up admiringly. What joy!’

Tony then went on to work in computing – first as an analyst, then a consultant specialising in telecommunications. He also became a local campaigner and politician. He joined the Liberal Party in the 1980s and for many years played a leading role in the local party. He even ran for MP in Chertsey and Walton in 1992.

Anthony Kremer was born on 25 June 1946 and died on 15 June 2022. He is survived by his wife Sandra, his three children and their respective families. We thank Sandra Kremer for providing us with the details of his passing for this obituary feature.

You can read about how Sandra and Anthony met in this We Met at King’s feature. 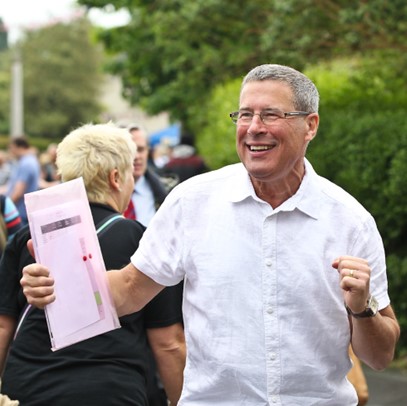