In Queen Elizabeth College’s Physiology Department, Malcolm was a chief technician. He distinguished himself among others in his trade by wearing a suit.

Malcolm’s technical expertise was used during his time as a lay officer in Queen Elizabeth College during the merger with Chelsea College and King’s College London. Later, he managed all the technical services of the health and life sciences. For his efforts, Malcolm was awarded an MBE for his contribution to higher education.

In retirement, the Cotswolds would become home to Malcolm and his wife, Sue Holly. However, his technical skills were not fully put to rest as they were used to help run the village summer fete. Malcolm also became finance trustee of the Oxfordshire Wood Turners’ Association.

All in all, King’s is indebted to Malcolm’s significant contributions in bringing uniformity and order to its technical structures and services. He will be dearly missed by those who were privileged enough to be acquainted with him.

Our thanks to Clive Daws, former Teaching Services Manager, for writing this obituary. 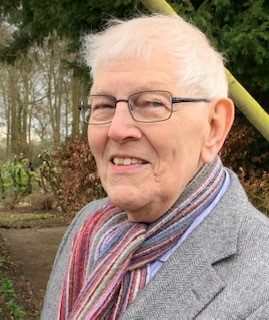