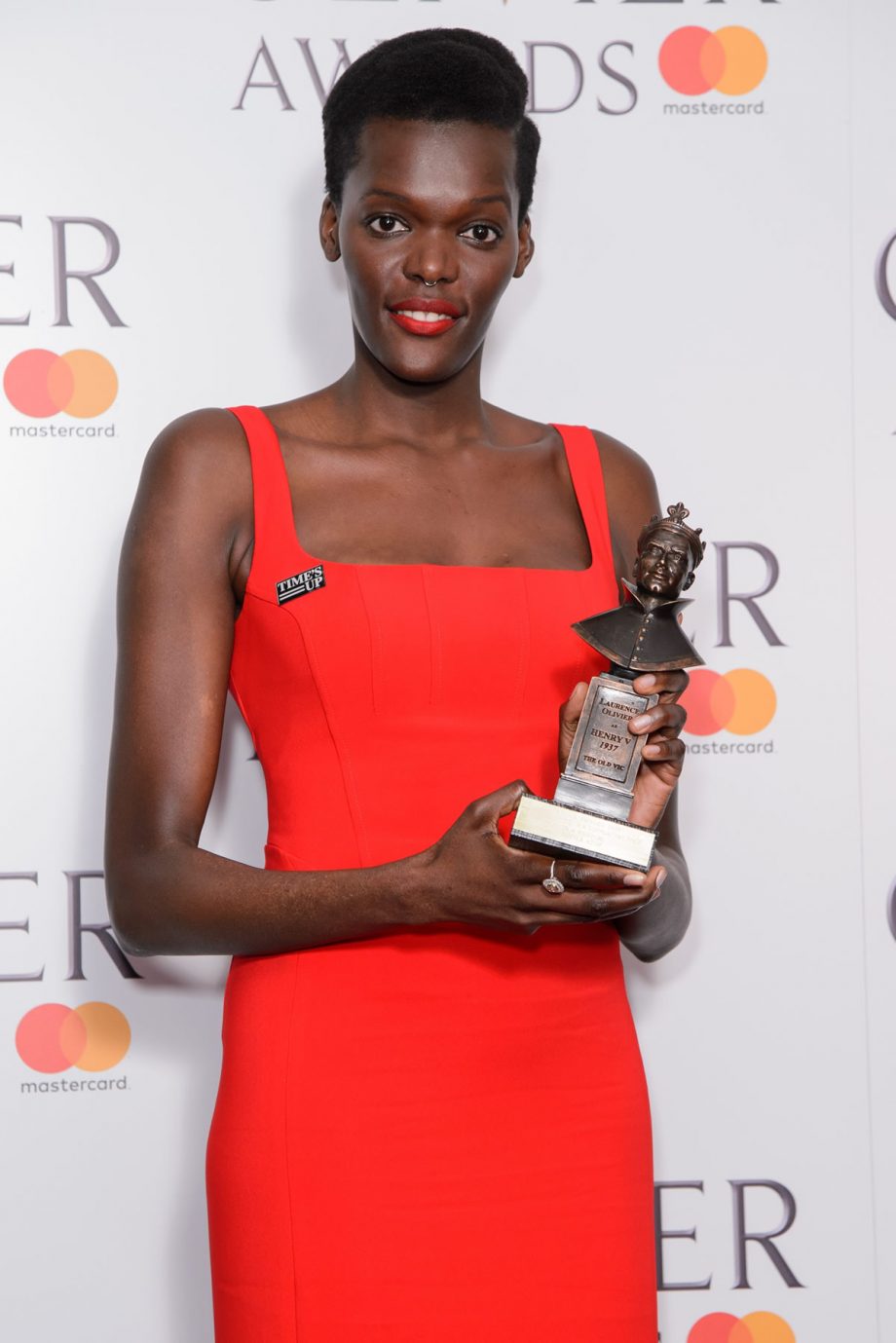 Sheila Atim is an actress, musician, model and scientist. In just a few years, she has gone from studying science at King’s to scooping an Olivier Award for Best Supporting Actress in a Musical and an MBE. Sheila talks to InTouch Online about her incredible rise to success.

‘When I was at school, I wanted to become a doctor. I then changed my mind and decided to pursue an artistic route, which, at the time, I thought would be singing. I had studied A-level Drama and been in theatrical productions at school, but I didn’t consider it as a career until about three years down the line. I attended Wac Arts in Belsize Park, taking singing and drama classes – it all went from there.’

‘The classes were invaluable but they were only for two hours every Sunday. So, a lot of my experience came from learning on the job. I’ve had the privilege of working at theatres such as the Globe, the National Theatre, the Donmar Warehouse, the Old Vic and with the Royal Shakespeare Company and the West End. More recently, my work has moved into screen too, with work for Amazon, Netflix, the BBC and independent film.’

‘In 2018, I received an Olivier Award for Best Supporting Actress in a Musical for a show called Girl from The North Country. I also received an MBE for Services to Drama in 2019. I’d say these are my proudest achievements in a more tangible sense regarding accolades. But I’m always reminded that the work itself and the connections that I’ve built with colleagues and audience members are just as important, if not more so.’

‘Now, I look back and feel a strong connection between my scientific and artistic sides. Science often comes up in my work – even the way I approach things in the rehearsal room is affected by having taken BioMed. Sometimes it’s little private parallels and analogies I make for myself. I didn’t take the path expected of someone who studied my degree, but I jumped in with full dedication and have no regrets. And I still believe that my degree has enriched my life regardless.’

In 2020, you can see Sheila in Netflix’s The Irregulars, a Sherlock Holmes retelling, in The Show with Tom Burke and Ellie Bamber, and in the Amazon series The Underground Railroad. 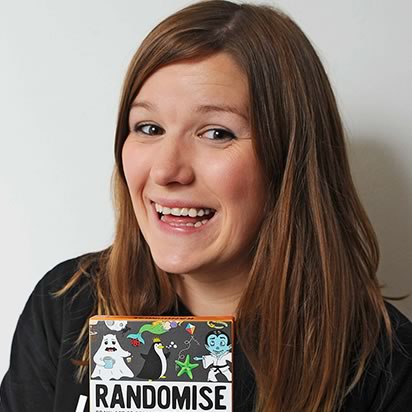 Gaming for a living

Hazel Reynolds (English, 2008) never set out to be an entrepreneur. She came up with her first game just for fun and ended up turning it into a company, Gamely Games, in 2015.

‘I created my first game, Randomise, to lure my sister away from her iPad,’ Hazel explains. ‘It went down so well that people said I should start selling it. In 2015, I decided to take the plunge and put it on Kickstarter. We quickly raised enough money to get the game made and the adventure has unfolded from there.’

Hazel tells us, ‘We now sell five super-fun family friendly party games that are easy to learn and quickly get everyone laughing. Randomise is a mash-up of Charades, Pictionary and Articulate. Soundiculous is a game of ridiculous sounds. The Pretender (our favourite one to play) is a hilarious mix of deduction and bluffing. Last year, we released Jibbergiggle, a game of spouting nonsense, and Frozen Unicorns, a kind of group charade statues.’

Hazel adds, ‘I’d left London and taken a job in Brighton, but I wasn’t enjoying it. I needed to make a change and decided to take the plunge and turn Randomise into a real product. I’ve ended up in what might just be my dream job, almost by accident.’

Gamely Games received the ultimate validation when Hazel appeared on the TV show Dragons’ Den. ‘I was grilled by the Dragons for more than an hour, but I loved the experience,’ she says. Gamely was offered investment, but ultimately Hazel didn’t feel it was right for the business and decided to go her own way. She hasn’t regretted this decision.

Hazel recently returned to King’s as a member of the Entrepreneurship Institute’s King’s20 Accelerator programme. Here, she received mentoring and a scholarship from entrepreneur David Walsh. ‘It helped me see my business in a new light and bring it to a more mature place,’ she says.

Gamely Games has gone from selling its first game on Amazon to becoming Amazon’s ‘Small Business of the Year 2019’.

‘It’s lovely to be recognised, but awards are just the cherry on the icing on the cake. If we’re bringing people together to laugh and have fun and if we’re making the world a better place as a business, then that’s the most rewarding thing for me.’

Turning music inside out

Sarah Nicolls is a UK-based experimental pianist, at the forefront of innovations in piano performance. In 2000, she won the British Contemporary Piano Competition and made her debut recital at the Purcell Room in 2001. Sarah spoke to InTouch Online about her latest project – an inside-out piano.

When it comes to pianos, we might think the choice is between a grand or an upright. Grand pianos are huge and heavy. They’re difficult to transport and they take up space in schools, practice rooms and living rooms. Upright pianos take up less space, but they don’t sound as good. So, what if you could have a grand piano that has the same footprint as an upright? A piano that is light and portable but still has a big concert sound? Sarah had the idea to design a piano with a new shape, where the strings rise up vertically from the keys. In 2008, she set about creating a prototype and called it the ‘Inside-Out Piano’.

In 2016, Sarah set up Future Piano Ltd to work on her idea. She teamed up with expert engineers and designers, consulted pianists, teachers, pupils and piano shops, and got funding from Innovate UK to develop designs for her new kind of piano. Following a crowdfunding campaign, she’s now raised enough money to build the first prototype and hopes to be out playing the new piano in Autumn 2020.

‘I want to make it possible for more people to own a real piano,’ says Sarah. ‘The piano of my dreams would be a lightweight vertical grand piano.’ With the creation of the inside-out piano, it looks like her dream will become a reality.

Sarah performed on her inside-out piano in a UK tour of her new work called 12 Years (Kings Place, London, 26 March). Sarah told us, ‘I am inspired by improving things – anything at all, be it my own music or something in my local community. I’m driven by positive change.’ 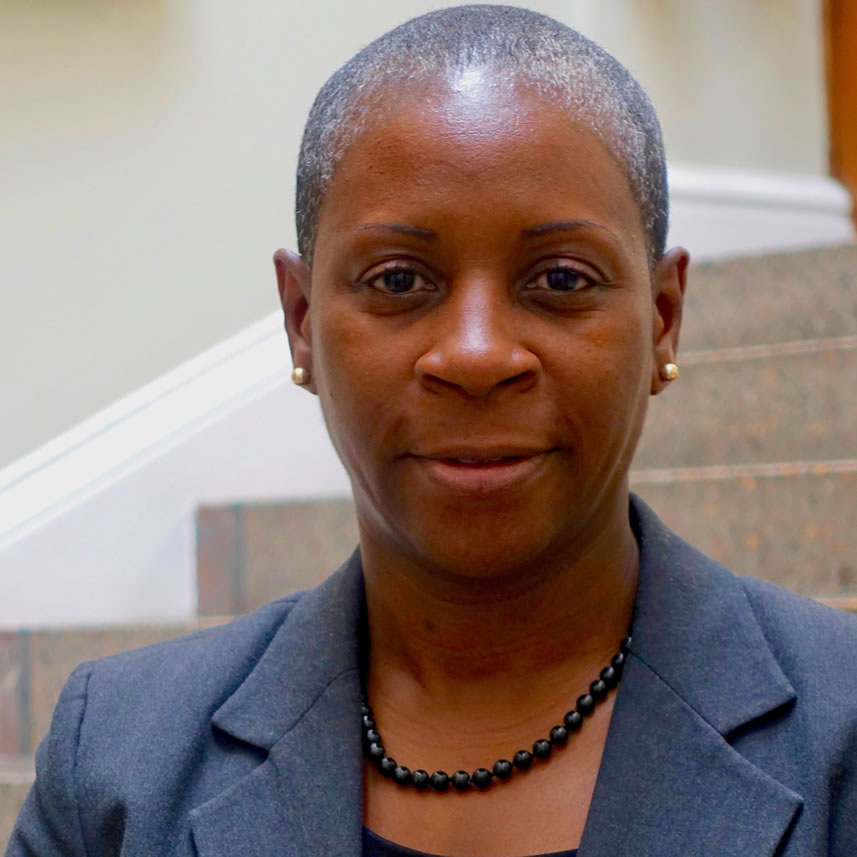 What was your route into law?

My journey was far from seamless. In 1985, my family relocated to the US. I lived there for six years but always knew I would return to the UK to study law. In 1991, the day after finishing high school, I returned to the UK and so began my legal career. My first barrier was discovering that my US qualifications would not be recognised in the UK. However, thanks to the access to qualification route, I was able to enter London Guildhall University in 1996, where I graduated with an LLB (Hons) in Politics. After that, I progressed to the LPC (Legal Practice Course) at the College of Law in Guildford. I qualified in 2002 and joined my first in-house team a year later. In 2010, I completed a master’s in Public Law and Global Governance at King’s.

What has been your biggest career challenge so far?

It has probably been to establish myself in the legal profession as a credible candidate to be an elected office holder of the Law Society of England and Wales. In doing so, I represent a couple of firsts. I will be the first black woman to hold the position of President, and the first in-house solicitor to be an elected office holder in almost 50 years. I hope to bring a fresh perspective – an understanding of the experiences of these under-represented groups, and what we must do to support them. I hope I am proof that, no matter what the challenge, or how insurmountable the odds, it is possible to succeed if you are determined, resilient and passionate.

Which person within the legal profession inspires you most?

Through my voluntary work, I have been lucky enough to work with some of the best legal minds in the country. This has enabled me to learn and develop in ways I couldn’t have possibly imagined. The truth is that all my colleagues, past and present, continue to inspire me each and every day.

[This article was first published in the New Law Journal and is reproduced with their permission.]