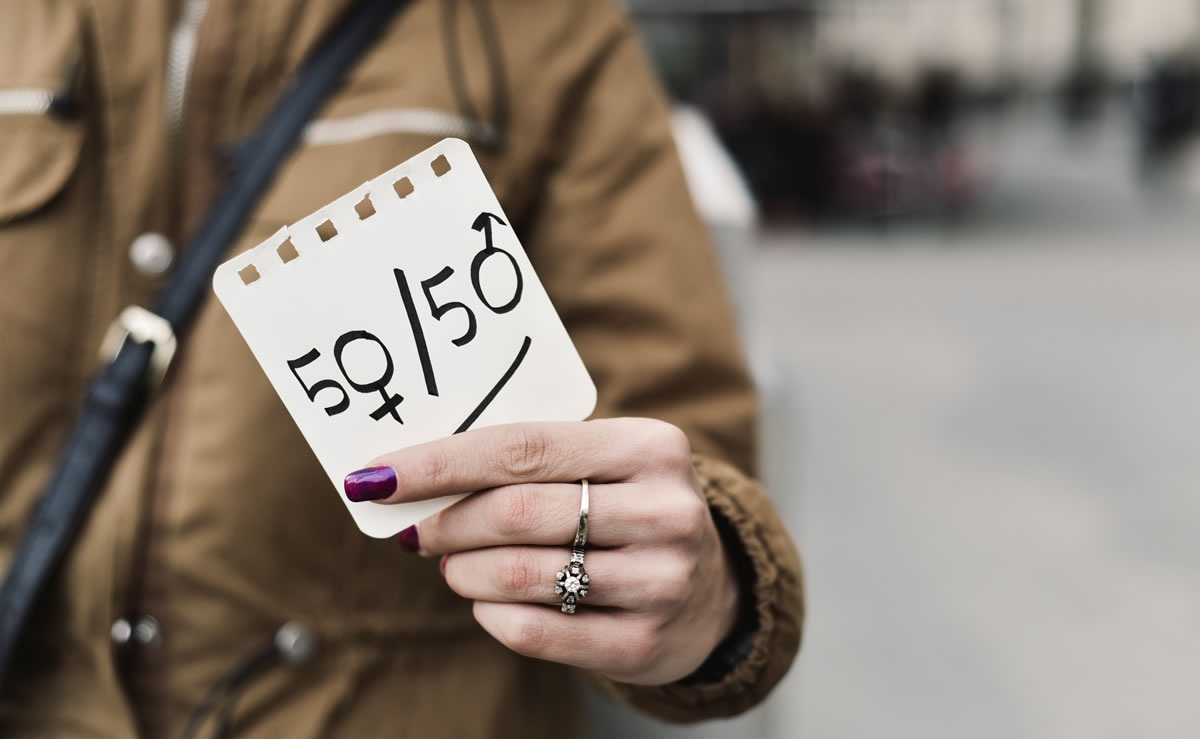 2020 marked 50 years since the Equal Pay Act was brought into law in the UK. Looking back to 1970, women across the country were hopeful about the changes to come, but were their hopes met?

Not quite. The past 50 years have shown that passing a law is just one step towards equality. We also need to change attitudes and challenge outdated opinions if we are to begin dismantling the systems that uphold inequality.

Here at King’s, the Global Institute for Women’s Leadership (GIWL) is working to create a world in which being a woman is not a barrier to becoming a leader in any field. Established in 2018, GIWL is supported by research grants, consultancy work and philanthropy including the Founding Circle, a group of philanthropists who are coming together to collectively support their work and drive change.

Under the leadership of Julia Gillard, Chair of GIWL and the only woman to have served as Australia’s Prime Minister, and Professor Rosie Campbell, Director of GIWL, the institute is undertaking rigorous research, conducting in-depth analysis and building a global community in order to change the systems that perpetuate inequality.

‘After I left Australian politics, I looked at the global research base on gender and leadership to help me understand my experience of leadership. I was surprised that, despite there being some great research out there, there is a lot less than you would imagine given how long and how prominently we have been talking about gender equality. I wanted to do something about this, and I thought King’s was exactly the right place to try and build something that would deepen the research base and translate it into practice, and further its recognition through advocacy. It would be a body that could do both high-quality research, partner and mobilise the research of others, and speak into the world and have an impact with the research. So here we are, with precisely the body that is able to do that – the Global Institute for Women’s Leadership.’

Research shows that gender equality will bring benefits for the whole of society, from healthier and safer communities to economic success and stronger democracies. But, according to the World Economic Forum, if we continue to progress at current rates, closing the global economic gender gap will take almost 100 years. The COVID-19 crisis is making this even worse. 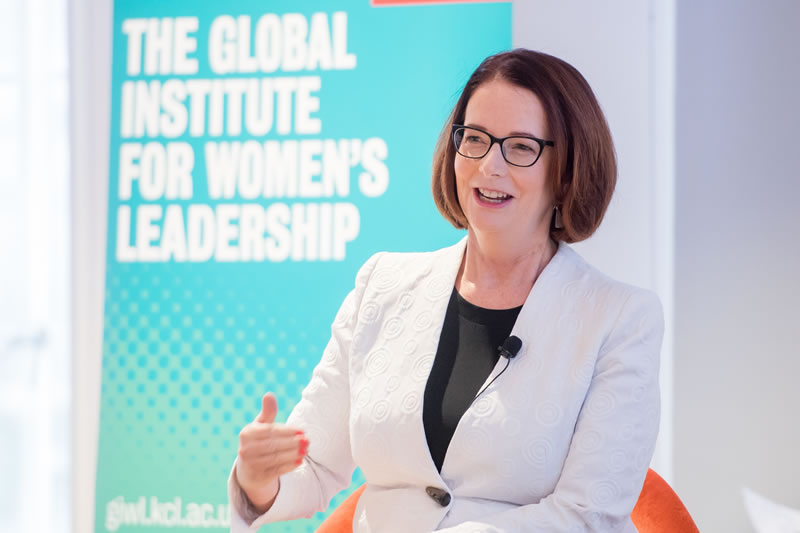 After I left Australian politics, I looked at the global research base on gender and leadership to help me understand my experience of leadership. I was surprised that, despite there being some great research out there, there is a lot less than you would imagine given how long and how prominently we have been talking about gender equality.

In 2020, GIWL – in partnership with The Fawcett Society* – led extensive research into gender pay gap reporting in 10 countries. Professor Rosie Campbell tells us, ‘We know that gender-pay reporting tends to be very good at galvanising employers into action but wanted to look at which regimes were most effective. Using legal analysis, we then highlighted the most effective approaches around.’

Today, with funding from the United Nations Foundation, GIWL is following up with further analysis, with the aim of supplementing the research with in-depth case studies. By speaking to stakeholders on the ground – such as advocacy groups who are trying to bring about gender equality, employers, policymakers and government – GIWL will be able to add this qualitative data to their legal analysis.

Professor Campbell says, ‘The UN Gender Equality Forum is taking place this summer and we hope to be able to share a blueprint (varying in country and context) that will show best practice, highlight what methods are most effective in bringing gender pay gaps to attention, and demonstrate the strategies that are effective in reducing them.’

When policy is established without gender in mind, it can cause massive policy failures that affect everybody.

The gender pay gap is just one area of inequality and the COVID-19 crisis has highlighted concerns in areas that might perhaps be unexpected, such as public policy. The pandemic and resultant economic crisis has led to governments around the world, including the UK, taking extraordinary action to support citizens facing unprecedented loss to their livelihoods. But how many of these policies are designed in a way that incorporates gender equality in access and impact? GIWL, with funding from ERSC, is researching whether the UK’s social policy response is gender-sensitive, gender-blind or gender-neutral in its design, access and impacts. Professor Campbell tells us: ‘Historically, women have not been the decision makers in government, and although there are more women in government leadership positions today, they are still a minority. As a result, when it comes to policies, they tend to be written with men in mind. This can have devastating consequences.’ 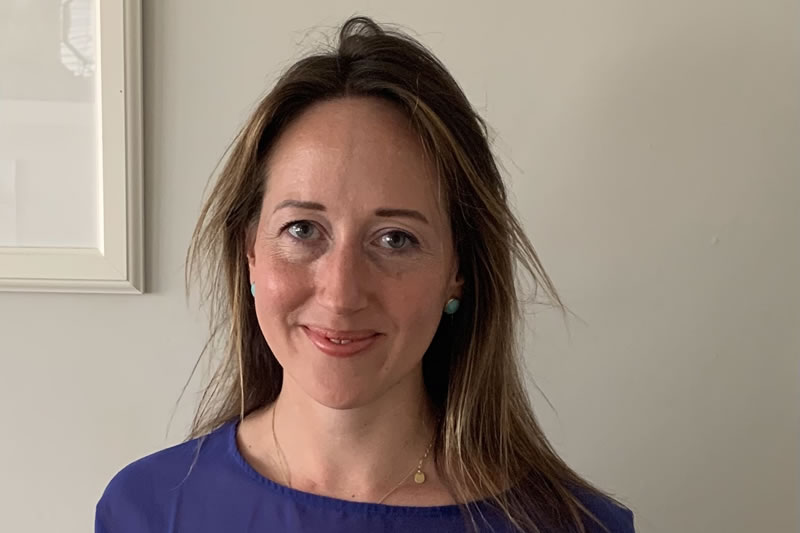 Current GIWL research looks specifically at policies brought in during the pandemic, and whether they have been gender-equal.

‘When the decision was made to close schools and childcare facilities around the world, it had a negative impact on the economy, and this came as a shock to many governments. Women have disproportionally picked up the childcare. However, it seems that this is “invisible work” that hasn’t been treated with the policymaking impetus that other issues have, like public transport for example. When policy is established without gender in mind, it can cause massive policy failures that affect everybody.’

As the pandemic rages on, and governments try to act quickly, adapting and introducing policy as they go, GIWL continues to monitor the impact this has on women, and the wider population. Once the study is completed, GIWL will be able to establish which of the policies have been the most effective. Professor Campbell tells us, ‘My view is that if gender equality is seen as a “nice-to-have” and governments don’t build that into policy response, they won’t recover as quickly. Our modern economies are dependent on women’s “invisible” labour – and, if we don’t take that seriously, that will be a huge setback economically.’

Everyone can play a part in creating change and helping to build fairer societies – whether it’s mentoring a student to reach their potential, funding research that will help address structural inequalities or supporting efforts to get more women studying STEM subjects at King’s. If you would like to find out more about GIWL and how you can get involved, check out the website.

The Global Institute for Women’s Leadership presents Angela Saini in conversation with Julia Gillard at an exclusive online event on 16 June. Book your space.