2020 was a year that will be written about for decades to come: the struggles endured and the lessons learned. And while it may be too soon for us to truly take on board the impact of the pandemic, just looking back on when it all began enables us to see how far we have come. Here, we speak to Ghonche Alavi (MA Public Policy, 2015) and Professor Neil Greenberg (from the Institute of Psychiatry, Psychology & Neuroscience) to see what they have learned.

Serving the community has always been important to Ghonche and it is something that has formed part of her personal spiritual journey. She tells us, ‘I have always been interested in Sufism, and, while at King’s, I joined Maktab Tarighat Oveyssi Shahmaghsoudi Sufi Society (M.T.O.). Within Sufism, there is a lot of focus on giving back to the community, and it’s something I have been able to commit more to as time has gone on.’

As a Cyber Security Consultant, pre-pandemic Ghonche’s role required her to spend much of her time overseas. ‘Usually, I wouldn’t be in the same place for longer than a week, but, when COVID hit, I realised that I wouldn’t be going anywhere. Given the gravity of the situation, like a lot of people, I turned to my faith and tried to figure out how to navigate this. Giving back is at the core of Sufism and that’s really how it all started.’

Connecting over Zoom, Ghonche and other members of the M.T.O. Sufi Centre mobilised and identified that the shortage of PPE needed urgent attention.

‘I had never sewn in my life – none of us had. We researched what materials were needed to pass hospital checks, and what items could be donated to care homes and COVID wards. To begin with, the situation was so dire that nurses were having to share PPE items, treating them with antibacterial spray between wears. Initially, we made visors and homemade masks. As time went on, the hospitals had less need for PPE, but shortages continued to be an issue for care homes, so we kept supplying items for them as needed.’

Something that has come to the forefront of Ghonche’s volunteer work is helping frontline medics deal with the mental health impact of working in the pandemic. This is something that has also been identified by a recent King’s study that examined the mental health of Intensive Care Unit (ICU) staff. It found that nearly half were likely to meet the threshold for PTSD, severe anxiety or problem drinking during the COVID-19 pandemic.

I had never sewn in my life – none of us had. We researched what materials were needed to pass hospital checks, and what items could be donated to care homes and COVID wards.

Leading the study was Professor Neil Greenberg, from the Institute of Psychiatry, Psychology & Neuroscience (IoPPN), who tells us, ‘At the beginning of the pandemic, my colleague Professor Fong, UCL, was overseeing the development of the Nightingale Hospitals. He reached out to me as he was concerned that the set-up would expose new and established ICU staff to unprecedented pressures, without sufficient thought being given to their wellbeing.’

Professor Greenberg stepped up to help and put together a mental wellbeing strategy to underpin the work at the Nightingale Hospitals. However, as the pandemic took hold, it became clear that the mental health of frontline ICU workers should be monitored further – something that had never been done before. Professors Greenberg and Fong collaborated to produce an anonymous survey, following a process that King’s Centre for Military Health Research had developed for troops in Iraq and Afghanistan, called a Unit Climate Survey. Alongside the ICU study, Professor Greenberg was part of a larger King’s team that was funded by the Medical Research Council to set up a larger study, called NHS Check, to include the whole NHS. The NHS Check study has over 27,000 participants from 18 NHS Trusts. Both studies are the first of their kind.

In terms of impact, we’re able to measure the mental wellbeing of ICU staff and we are also able to feed findings back to NHS England, and the ICU fraternity. At key points, this has allowed them to shift resources as needed.

‘In terms of impact, we’re able to measure the mental wellbeing of ICU staff and we are also able to feed findings back to NHS England, and the ICU fraternity. At key points, this has allowed them to shift resources as needed.’

In addition to the adaptations the NHS is making, Ghonche and her fellow M.T.O. volunteers continue to make regular trips to hospitals to provide mental wellbeing services for the staff.

‘We have partnered with the M.T.O. Tamarkoz® Association (the Sufi method of the art of self-knowledge through concentration and meditation) who, as well as providing the unique practice of Tamarkoz® on their app, have offered free daily Sufi meditation and concentration sessions live on Instagram. We have donated tablets pre-loaded with these stress-relieving practices to a number of hospitals.

When we visit different hospitals, we direct recipients to these free resources, which focus on wellness and mental wellbeing. We’ve received amazing feedback from staff on how this has given them hope to continue their amazing work.’

While Ghonche has focused her attention on serving her local community this year, she found that she was also feeling the benefit of service. ‘It’s been very humbling,’ she says. ‘Often, when you think of charity, you think of giving something and then walking away, but this time around I felt like I was getting more out of it than the recipients. I am so thankful to have the opportunity to practise my faith and serve the community, and I am so grateful to share in the commitment to service that King’s and the King’s community has.’

To find out more about service in the King’s global alumni community, visit our website.

To find out more about NHS and ICU Check, visit King’s News Centre. 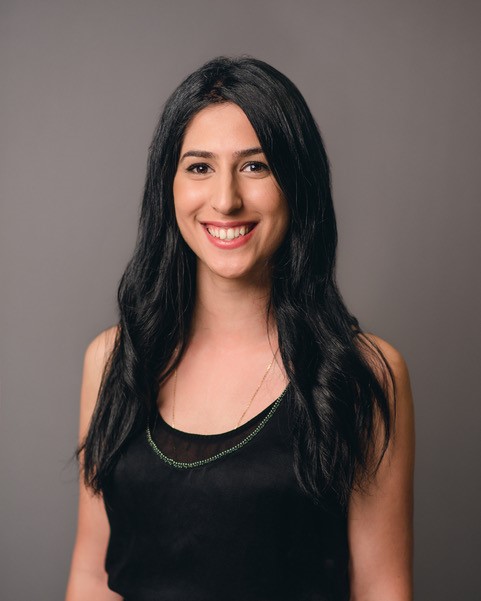 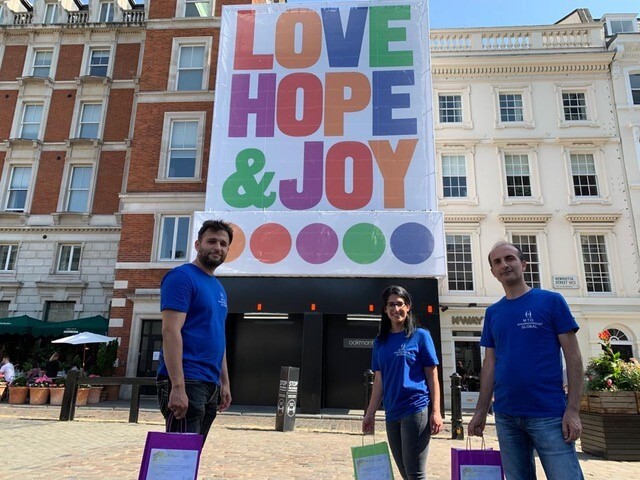 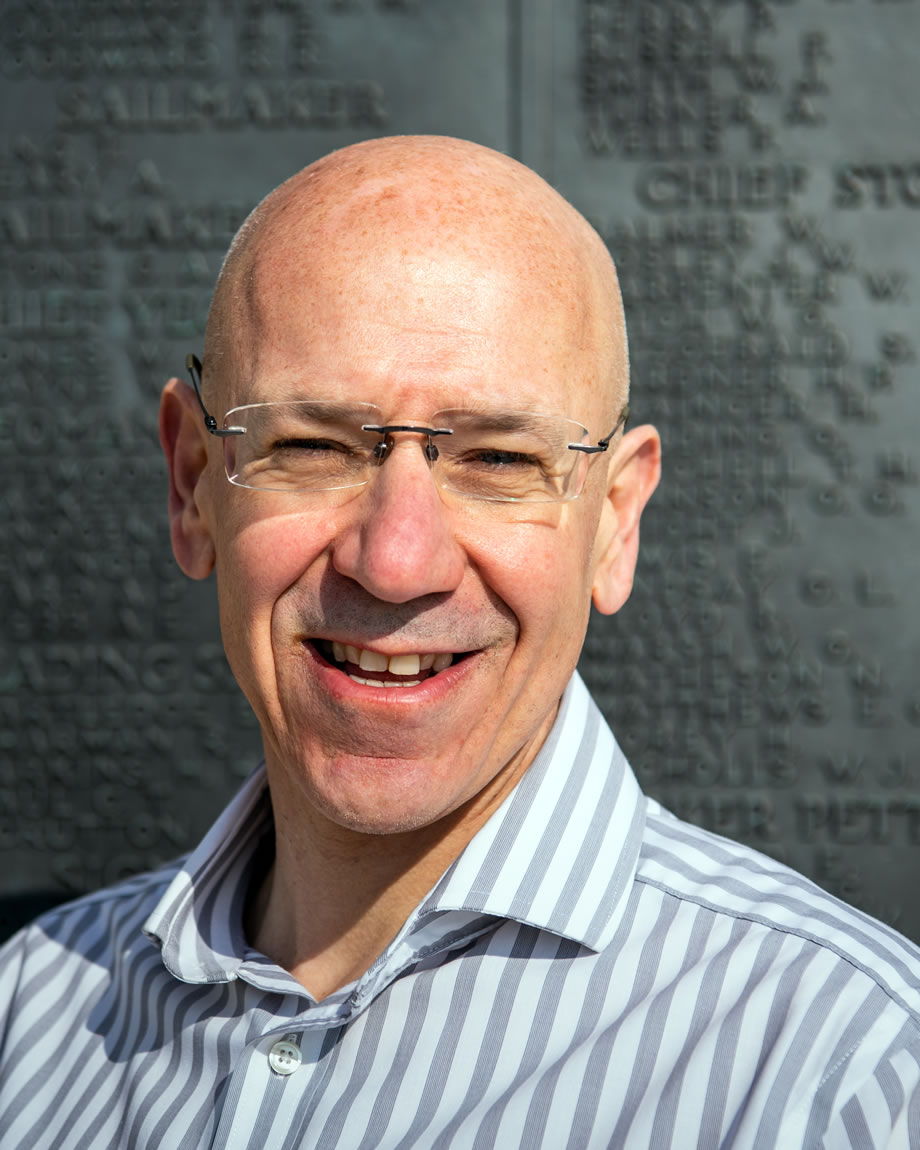 In terms of impact, we’re able to measure the mental wellbeing of ICU staff and we are also able to feed findings back to NHS England, and the ICU fraternity. At key points, this has allowed them to shift resources as needed.