Improving the social diversity of the medical workforce has been a focus for the government over the past 10 years, yet data suggests little has changed. However, through the Extended Medical Degree Programme (EMDP), King’s is helping to create a fairer society by ‘levelling the playing field’ for those entering the medical profession.

The flagship programme, which this year celebrates its 20th anniversary, provides those from underprivileged backgrounds with the chance to serve the very same populations they seek to uplift and empower.

The six-year EMDP course supports students who have the aptitude, but not the opportunity to obtain a conventional degree programme to study Medicine. It runs parallel to the Outreach for Medicine programme, which works with students from non-selective state schools to encourage them to pursue careers in medicine, dentistry and healthcare. Through these programmes, King’s will ensure that the next generation of doctors represent the populations they serve.

More than 600 students have now graduated from the EMDP, with 90 per cent of students from a Black, Asian and minority ethnic (BAME) background.

Be the person you want to see

‘Once I started to research medical schools and the application process around the age of 15, I soon realised that a lot of the applicants for medical school were people who had lived very different lives to me. I felt like there wasn’t a lot of representation for prospective students who came from backgrounds that didn’t fit the norm of medical students; for example, those who came from minority ethnic backgrounds, young carers, people from lower performing schools and economic areas. These factors all apply to me, and realising there weren’t a lot of people like me in the position I wanted to get to disheartened me at first. However, I remember going to an event called “Women in Surgery” and hearing the quote, “Be the person you want to see, in the position you want to be.” This resonated with me as it was then that I realised that just because I didn’t see a lot of people like me, in the places I wanted to get to, didn’t mean I shouldn’t aim to get there. And once I do get there, I can be the person that students like me can look up to in the future. This became my motivation, and I dedicated an immense amount of time to research and preparation to get onto this course.’ 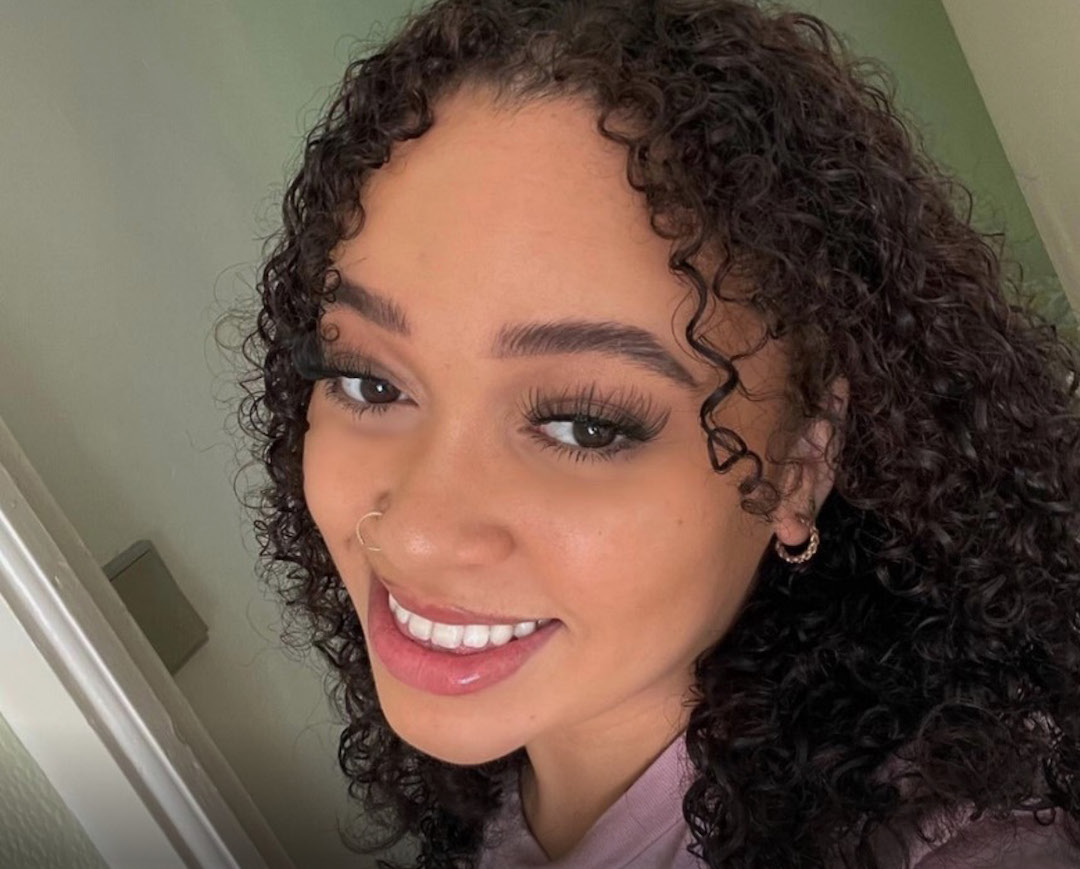 Loretta Charles-Creegan is a year 1B student on the EMDP. She first chose to go into medicine because she believes caring for people is her calling. Loretta was inspired because she wanted to empower people who also come from an under-represented, low-income background.

It was this drive and passion that Professor Sir Cyril Chantler wanted to support through the EMDP. Professor Chantler has worn many hats, such as former Dean of Guy’s, King’s and St Thomas’ Medical Schools, and he conceptualised the EMDP with Professor Emeritus of Experimental Neurobiology, Susan Standring, PhD DSc MBE FKC. This decision was made after Professor Chantler was troubled by seeing many talented, bright individuals at a primary school in Southwark (London) and realising that many would not be given a chance to receive a premier medical education due to the schools they attended. Not only that, but he understood that it was also important for medical students to be visible to young people with a similar background to inspire them to be ambitious themselves. 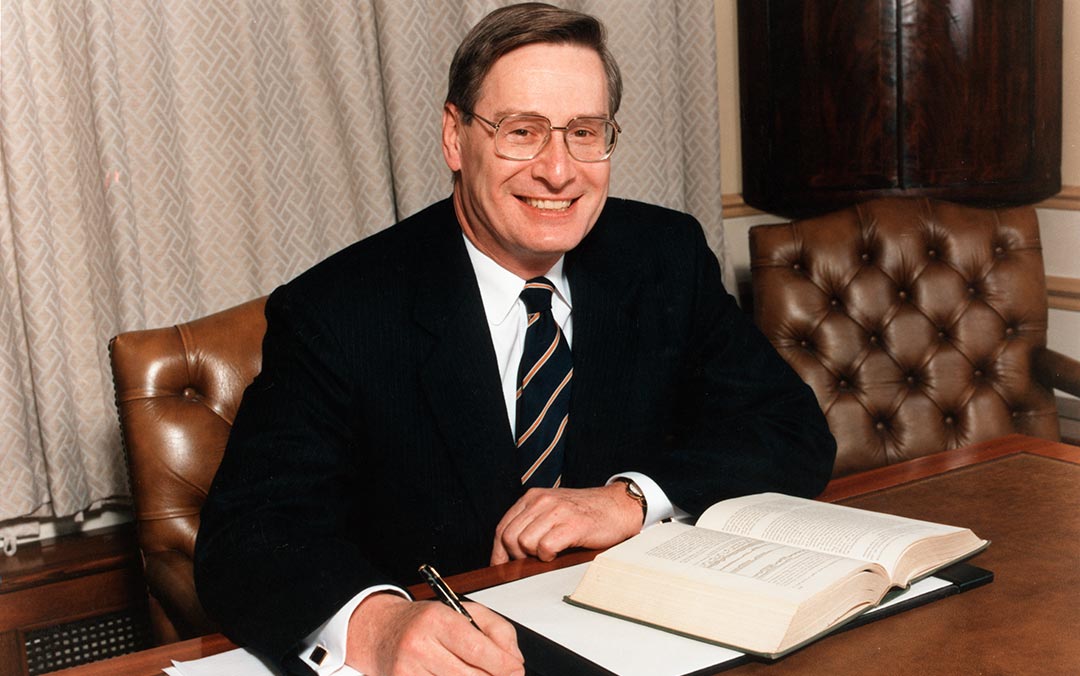 From humble beginnings, the EMDP initially accepted 10 students from Southwark, Lambeth and Lewisham (London) – the programme now accepts students from across the UK and accepts around 80 students a year. All EMDP students are state-school educated and have household incomes of less than £40,000, with 90 per cent of students being the first in their family to go to university. Many of our students are daunted by how expensive it is to study in London, especially with the rising cost of living. The generous support of many alumni and donors has provided scholarships for students on the EMDP to help manage these costs.

The course has the aim of levelling the educational playing field, allowing students from under-represented backgrounds to study Medicine and become doctors.

The EMDP was the first programme of its kind at the time of inception, and it would later inspire many similar programmes in the UK. It allows students to ease their way into the medical profession by studying the first year of the standard medical degree programme over two years. Unlike recent widening participation initiatives within the UK, the EMDP is not a ‘foundation year’: its students are medical students from their first day. Due to King’s location, the EMDP provides students with the opportunity to be placed in a world-class institution with some of the world’s most renowned teaching hospitals.

The Outreach for Medicine programme is a crucial part of the EMDP’s success; it runs a series of free workshops in non-selective state schools to encourage students to pursue careers in medicine, dentistry and healthcare, and it also significantly increases students’ chances of being successful when applying to medical school. Partnering with charities such as the Sutton Trust is instrumental in helping students succeed with these applications.

Stephen J Thompson, Professor of Immunology, Education & Widening Participation explains, ‘The course has the aim of levelling the educational playing field, allowing students from under-represented backgrounds to study Medicine and become doctors. The medical profession should better reflect the population, and the EMDP enables this much-needed diversity. It is a cornerstone to King’s commitment of giving back to society and making the world a better place.’

Michelle Sebele, a final year EMDP student, shares her story, ‘I entered foster care at five years old. Unlike many other foster children, I was fortunate to have a foster placement I called home for 15 years. Studying Medicine was always a goal I shared with my late foster father, and with stability and security by the time I entered secondary school education in 2008, I was set for medical school.

‘Unbeknownst to me, I needed more than GCSEs and A-levels. With the support of the Outreach for Medicine programme, I was matched with an e-mentor during my A-level studies, who helped me with different stages of the medical school application. She was available for me to ask any questions regarding university, from UCAS applications to student finance, bursaries and nightlife opportunities.

If it wasn’t for my involvement in the King’s Outreach for Medicine and Extended Medical Degree Programme, I would not be where I am today.

‘In late 2015, I received an offer for the King’s Extended Medical Degree Programme and was awarded the Dr Tessa Homfray Bursary. The financial and pastoral support of the EMDP and bursary has enabled me to excel in my academic studies as well as develop my personal and career goals. Thanks to this support, I was able to fund a trip to volunteer in Nairobi as a medical assistant, inspiring my decision to undertake a BSc in Infectious Diseases & Immunobiology in 2019 and subsequently work on world-leading HIV-1 research at Guy’s.

‘If it wasn’t for my involvement in the King’s Outreach for Medicine and Extended Medical Degree programmes, I would not be where I am today.’

We are extremely grateful to all the donors who have supported the Outreach for Medicine programme and the EMDP over the past 20 years. The EMDP is transforming lives and creating opportunities to pursue a career in medicine for those who otherwise may not have had the chance to do so.

King’s is proud to be widening access and increasing diversity in the medical workforce through the EMDP, as part of our mission to serve society.