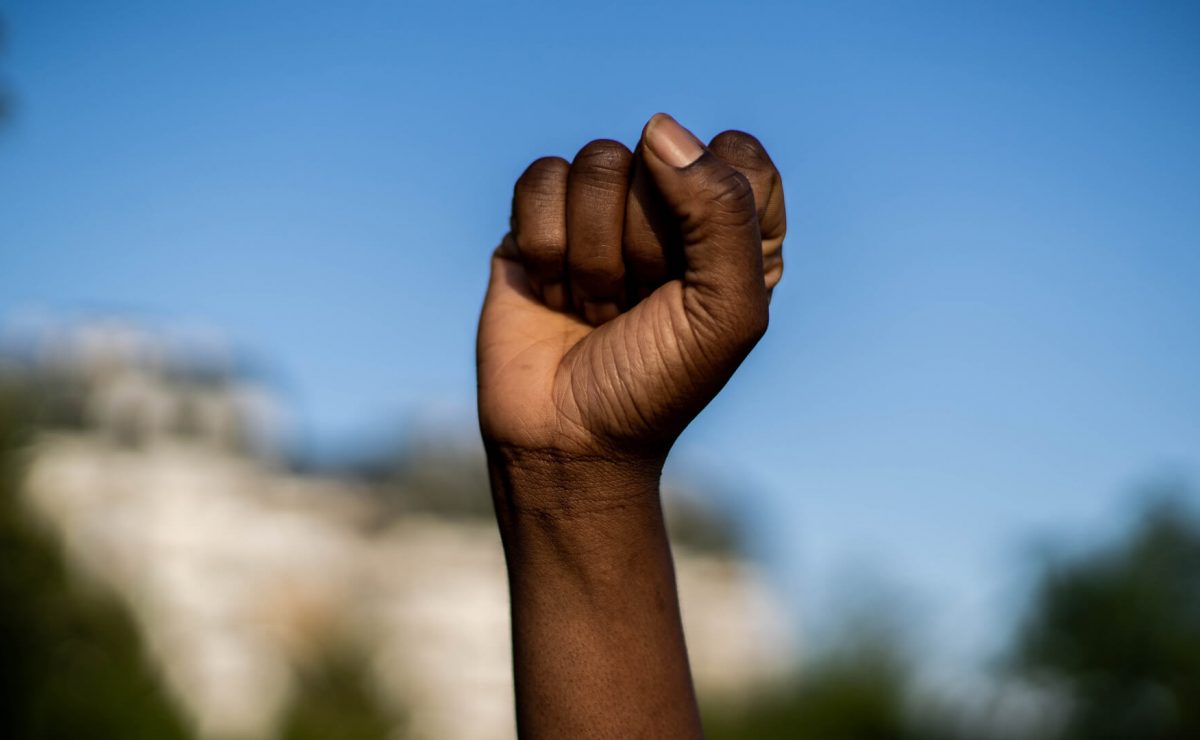 The call of change

This summer, the events surrounding the killings of Breonna Taylor and George Floyd, as well as the shooting of Jacob Blake, highlighted racial disparities that have pervaded our society for generations. Black Lives Matter protests have been taking place in many countries. These events have called attention to some of the challenges UK universities still face today and the need to make meaningful and sustainable change in academia.

This October, we hosted an exclusive alumni online event, ‘Universities and Black Lives Matter’, where we heard from King’s Experts Professor ’Funmi Olonisakin (MA War Studies, 1990; PhD War Studies, 1996), Vice-President and Vice-Principal International and Professor of Security, Leadership and Development at King’s; Sarah Guerra, Director of Equality, Diversity and Inclusion; and Dr Liam Liburd, Lecturer in Colonial/Postcolonial British History at King’s (find out more about them and their insight on the Black Lives Matter movement below). Together, they took questions from the King’s global alumni community and discussed why inequalities persist in academia and the strategies King’s is implementing to promote racial equality.

The event was one of the most popular in our King’s Experts Series, with many questions submitted in advance, and yet more posted live on the night. Whilst we celebrate when a topic enthuses an audience to get involved, the panel, as well as several members of the alumni community, made some pertinent observations about the discussion and proposed that we create space for additional reflection on this topic. They noted that while the questions and comments posted indicate wide-ranging views and interest in the topic, the tone of some questions reveals gaps in knowledge for example, about Black and British history, and the need for more open debate and generation of ideas that enable the King’s community to develop a shared understanding of the structural underpinnings of racism and to work towards realising an anti-racist university. This reinforces the need to ensure simultaneous focus on various identities across not only race, but also class, gender, sexuality, ability and religion in the pursuit of a fairer and more just institution

On reflection, the discussion highlighted the importance of this conversation, and how vital it is that King’s tackle these topics with the sensitivity they deserve, and with all members of the King’s community involved, from staff, to students, to alumni.  We will engage the King’s family in difficult conversations and continue them with respect and inclusivity at their heart.

Here, we dig deeper into the topic of ‘Universities and Black Lives Matter’ as our expert panel explores the role of universities in tackling racial inequalities.

We are not where we want to be, but this discourse is alive, and we will be compelled to enter a brand-new world. This period is like no other in history. 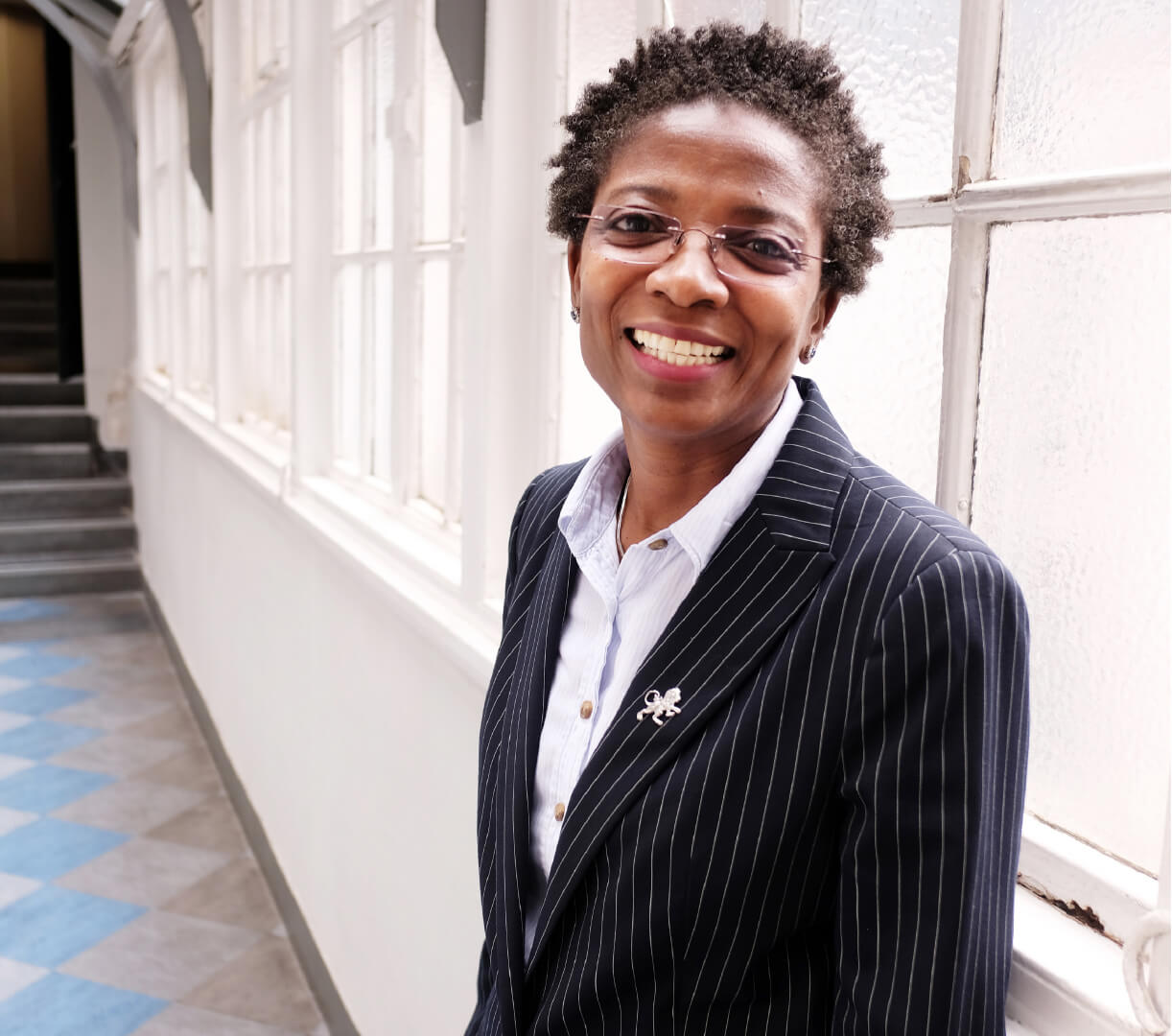 Professor ’Funmi Olonisakin is Vice-President and Vice-Principal International and Professor of Security, Leadership and Development at King’s. She is a founding member of the African Leadership Centre, which aims to build the next generation of African scholars generating cutting-edge knowledge for security and development in Africa. Previously, she was Director of the Conflict, Security and Development Group at King’s (2003 to 2013). Prior to this, she worked in the Office of the UN Special Representative of the Secretary-General on Children and Armed Conflict. In 2015, she was appointed by the United Nations Secretary-General, Ban Ki-moon, as one of seven members of the Advisory Group of Experts on the Review of the UN Peacebuilding Architecture. She serves on the board of the Centre for Humanitarian Dialogue and Chairs the Africa Regional Advisory Committee of the Open Society Foundation. In 2018, the Director-General of UNESCO invited her to join the Council of the United Nations University.

Reflecting on the events of the summer, Professor Olonisakin shares: ‘What we now know is the profoundness of the Black Lives Matter movement. It is forcing us to deeply challenge societies and institutions in many ways, including higher education institutions – and our university.’

While the events of this summer might have heralded an awakening of sorts, Professor Olonisakin highlights how the issues raised by the Black Lives Matter movement were no surprise and had been predicted by many.

‘The past couple of years have seen a variety of discourses that have talked about the underacknowledged role of the university in terms of how it has dealt, or not dealt, with racism. For example, we saw the report from the Human Rights Commission, “Tackling Racial Harassment: Universities Challenged”. The report, which came out in 2019, signalled what was to come, but nobody could have predicted that COVID-19 or the events surrounding the killing of George Floyd would begin to change our discourse and action profoundly.’

She continues: ‘As Vice-President and Vice-Principal International, I’m delighted to say that we have spent the past three years preparing our university for a new way of thinking about internationalisation. Deeply embedded within that was the notion of decolonising the curriculum – that’s why it’s clear we are a few steps ahead of the game.’

Touching on the importance of the King’s 2029 strategy, Professor Olonisakin said: ‘Today, I am proud to say that King’s is one of the leaders of the pack. When you look across the Russell Group universities, for example, you can see the kinds of things that we are doing to change the culture of our university. We are not where we want to be, but this discourse is alive, and we will be compelled to enter a brand-new world. This period is like no other in history.’ 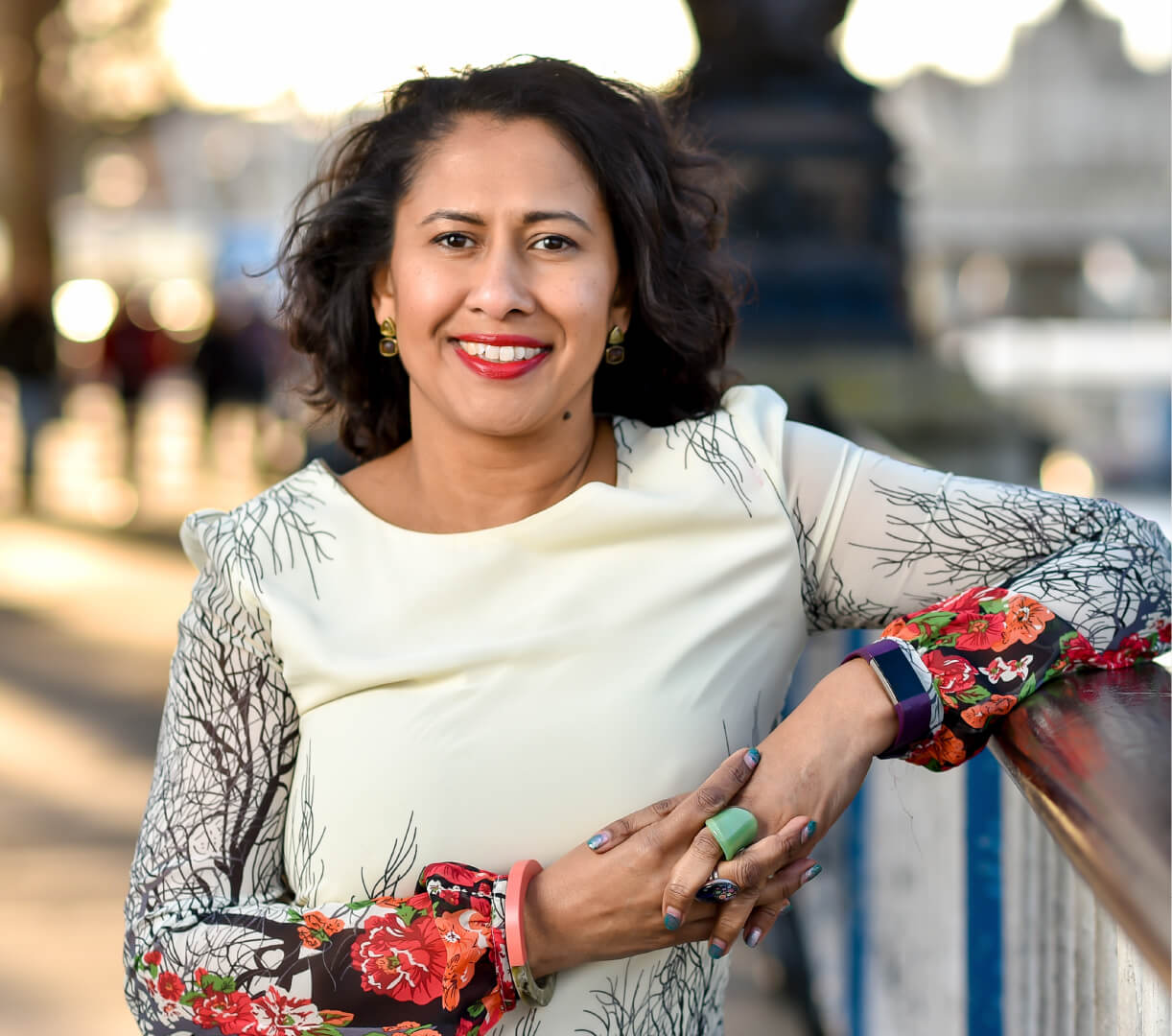 Sarah Guerra is Director of Equality, Diversity and Inclusion at King’s and spearheads the university’s strategic vision and implementation plans on diversity, equality and inclusion for the whole campus community. With support from the King’s senior leadership, she has instigated a suite of strategic projects to revolutionise attitudes towards diversity and inclusion, championed the use of data to build an evidence base for all activity, and is supporting King’s in realising its ‘inclusion journey’.

Touching on her personal experience as a teenager, Sarah shared some of the challenges she had faced and that black, Asian and other minority ethnic students still report today: ‘I was discouraged by those in authority, told that “people like me” don’t do A-levels or degrees or the law or join the Civil Service. And here I find myself working at a globally renowned, prestigious, well-respected, elite university. I’m at a senior level, in a job that I love, and an expert in my field, where I help shape and guide our leaders, our managers, our students and the future direction of our university. The sad thing is that, with my profile, that was not a likely outcome, and still isn’t today.’

Reflecting on the work still to be done, Sarah said: ‘We need to recognise that racism is systemic, and we can only tackle it by really examining our systems, processes, practices and behaviours – which is what our Equality, Diversity and Inclusion (EDI) strategy aims to do. EDI is a real innovation mechanism; it enables creativity and the release of talent.’

Dr Liam Liburd has recently joined King’s as Lecturer in Colonial/Postcolonial British History. He studied an undergraduate degree in History and Sociology at the University of Sheffield. He returned to Sheffield to complete an MA in Modern History and stayed on to undertake a PhD (entitled ‘The Eternal Imperialists: Empire, Race and Gender on the British Radical Right, 1918–1968’), which was awarded in 2020. His research interests lie in the history, impact and legacy of empire, decolonisation, and race or racism in twentieth-century Britain. Dr Liburd’s thesis interrogates the imperial obsessions of the British ‘Radical Right’, from the empire’s height following the First World War to decolonisation during the 1960s.

Dr Liburd, who is currently developing a module on the colonial past of King’s, tells us: ‘History is incredibly relevant when it comes to the present of universities and problems with racism. The first time that universities like King’s interacted with people of colour was either through the slave trade (benefitting from the proceeds of it) or as colonial subjects – training the civil servants who were going out to administer the various colonies that were part of the British Empire. I think it’s important to foreground this conversation with the historical context.’

Linking this to current issues within higher education, Dr Liburd expands: ‘The Royal Historical Society  carried out the “Race, Ethnicity and Equality report”, in 2018, and found that History and other arts and humanities subjects were overwhelmingly white – both in terms of the nature of the curriculum and the demographic of the students.’

A note from the Editor: Ever wondered how we choose our cover photos? We picked this one because the raised fist is a universally recognised symbol of solidarity. Adopted by social change movements from as early as 1917, it has been adopted by the feminist, anti-fascist, and anti-racism movements, to name but a few. It is widely recognised to stand for strength, unity and support.