‘I had a great time at King’s, captaining its track team in my second year and the University of London team in my third year; representing Britain in the world student games; being awarded the Jelf Medal for natural sciences; and also earning BSc (Chemistry & Physics, 1957) and PhD (Organic Chemistry, 1960) degrees. The latter provided an easy transition into a postdoctoral fellowship at Brandeis University in the USA. There, I continued free-radical research and was interviewed for and later offered a Senior Scientific Officer position at the Atomic Weapons Establishment (AWE).

‘Within a few years, while cooperating with another King’s graduate, we overcame major warhead corrosion problems and clarified the mechanism of the uranium water reaction. I also received a contract from the UK’s Department of Health to work at AWE on the selection of materials for implants in orthopaedic surgery, introducing titanium – now the standard material for hip implants.

‘My research successes led to the offer of a Research Council Individual Merit Promotion, which recognises scientific merit and would have allowed me to stay in research throughout my career. Although by then I had more than 40 scientific publications, I rejected the position, and instead accepted a promotion to a management position at AWE.

‘Within two years, I became responsible for the research and development of a successor nuclear deterrent system, Chevaline. I stayed on this programme, moving to the Ministry of Defence (MOD) in Whitehall as Deputy Chief Engineer, then as Chief Engineer responsible for putting the system into service.

‘After my role at the MOD, I held the positions of Minister in the British Embassy in Washington (responsible for all British and American joint defence activities) and Deputy Director of AWE (returning to where I had started working 23 years earlier), before returning to MOD headquarters as Director General for UK support to President Reagan’s Strategic Defense Initiative programme.

‘I enjoyed all these positions but, becoming tired of the structures of government, I retired 10 years early and emigrated to the USA to be a grandfather. I continued writing on defence and international issues and released my book An Uncivil Civil Servant in 2013.’ 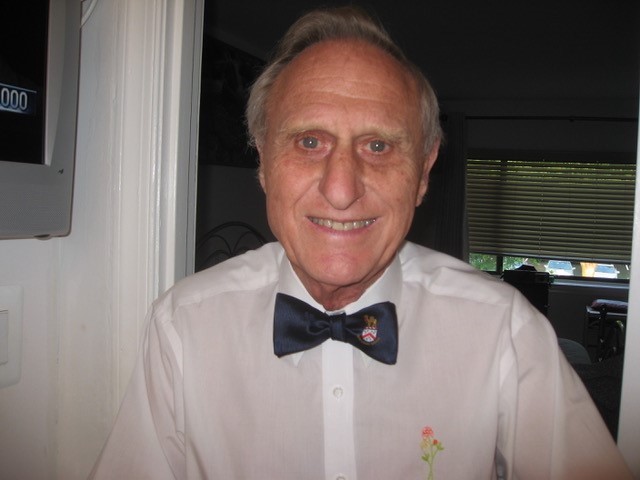