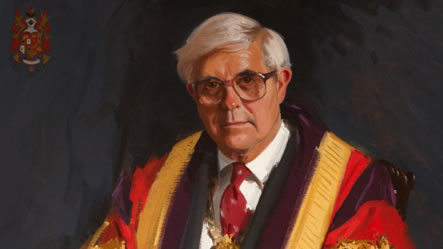 Professor Sir Norman Browse, vascular surgeon and past president of the Channel Island of Alderney, has died aged 87.

Sir Norman trained at St Bartholomew’s Hospital, London, and at the University of Bristol. In between, he did his national service as a captain with the Royal Army Medical Corps (RAMC) in Cyprus. It was here that he was part of a team of RAMC surgeons and anaesthetists thought to have played a key role in saving the life of the journalist Auberon Waugh when he was accidentally injured by a machine gun.

Sir Norman published several groundbreaking medical papers and is best known for Browse’s Introduction to the Symptoms & Signs of Surgical Disease, which was published in 1978 and has since run to several editions.

He retired in the 1990s and moved to Alderney in the Channel Islands, where he was President for nine years. 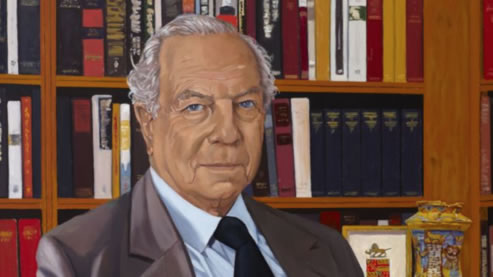 Sir Michael Howard, the respected military historian and founder of the Department of War Studies at King’s, has died aged 97.

Like many of his generation, Sir Michael’s university education was interrupted by the Second World War. He was commissioned into the army, where he was awarded the Military Cross for bravery. After the war, he graduated with a degree in history from the University of Oxford and wrote the official history of his regiment, the Coldstream Guards.

In 1947, Sir Michael was appointed lecturer in history at King’s, where he wrote his groundbreaking study of the Franco-Prussian War. Here, he pioneered a new vision of military history: one that analysed war in all its complexity, and that examined how war affects the broader patterns of social and political change. As someone who witnessed war’s brutality, he believed that war scholars had a duty to contribute to public debate about international politics and armed force. In 1962, that moral conviction led him to establish the Department of War Studies, which to this day continues its quest to understand war without endorsing it.

In 1968, Sir Michael left King’s to become Chichele Chair in the History of War and then Regius Professor of Modern History at Oxford. In 1993, he retired as Robert A. Lovett Professor of Military and Naval History at Yale University. He remained active in the King’s community throughout his retirement. In 2014, the Sir Michael Howard Centre for the History of War was named in his honour. 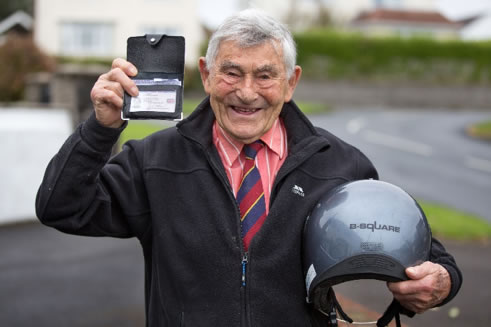 Francis Stares, widely known as Jock, has died aged 103. We believe he would have been the oldest Guy’s dental alumnus.

Jock was a member of a well-known family of dentists and practised in Swansea into his 80s. He was also a motorbike fanatic and appeared in the press in 2017, when, at 101 years of age, he was believed to be the oldest biker in the UK. Jock first jumped on a motorbike at the age of seven in 1923, and over 90 years later was still riding his Yamaha 125 every day. He was active right to the end, entertaining those less fortunate than himself. He made daily trips on his bike to retirement homes, where he played the piano to residents. He was a much-loved character and was well respected by his dental patients. 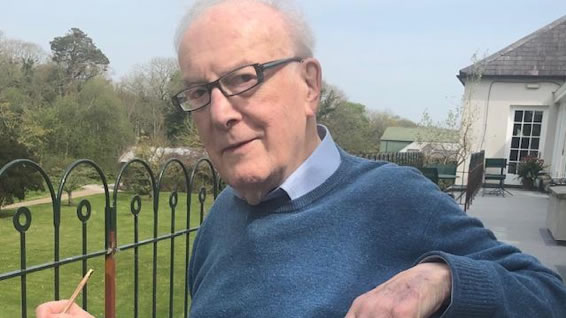 Dr David Cohen, one of Britain’s most active cultural philanthropists, has died aged 89.

David came to King’s to study Medicine as an Oxford Oriental Studies graduate with no background in science. He went on to qualify as a doctor from Westminster Hospital and became a practising GP.

The John S Cohen Foundation has been a long-time supporter of projects at King’s, including the archives’ Special Collections (Foreign and Commonwealth Office), the King’s Sound Archive and the Georgian Papers digitisation project.

The David Cohen Prize for Literature was established in 1992 and is one of the UK’s most distinguished literary honours. It recognises a living writer from the UK or the Republic of Ireland for a lifetime’s achievement in literature.

David served on the board of many arts institutions, including the Royal Ballet School, the Royal Opera House, English National Opera, the National Theatre Development Council and the Royal Philharmonic Orchestra Trust.

David was awarded a CBE in 2001 for charitable services, especially to the arts. King’s is very grateful for the family’s support. 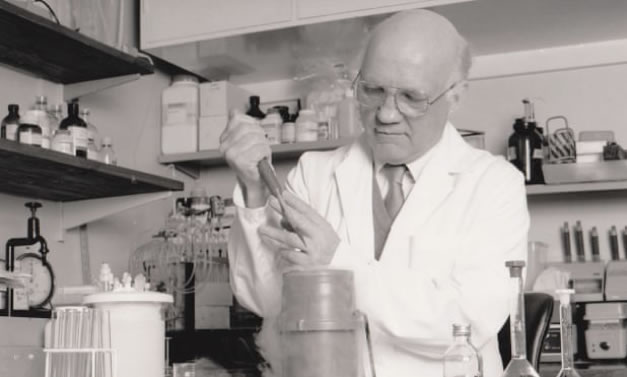 David Pegg, a clinical scientist and academic, has died aged 86.

David was a pioneer in low temperature biology or ‘cryobiology’ and developed groundbreaking cooling techniques for use in organ transplantation.

After graduating in Medicine, David worked at Westminster Medical School’s Department of Pathology. It was here that he first became intrigued by all the possibilities of organ transplantation. He started to work on tissue and organ preservation, and, in particular, the preservation of human kidneys. He developed cooling and perfusion techniques (a way of passing fluids through a circuit to cool the kidney and mimic blood to provide oxygen and essential nutrients). This work was to become his greatest contribution to medicine. These techniques allow organs to be maintained for a much longer time and are still routinely used in transplants today.

In the 1960s, David joined the Medical Research Council (MRC)’s clinical research laboratories in Mill Hill and became a leading figure in his field. He set up and later became the president of the International Society for Cryobiology; he was the head of the MRC’s medical cryobiology group and worked as an academic for many years, most recently at the University of York. David recognised the wide uses that cryobiology can have in preserving and conserving living things. His techniques have come to be used in many areas outside organ transplantation, including agriculture and fish farming, and in the conservation of endangered species of plants and animals.

Jane was a consultant in Paediatric Dentistry and worked at the Eastman Dental Hospital for most of her career. She contributed much to the understanding and treatment of hypodontia – the developmental absence of teeth – establishing the first clinic of its kind and training many future dentists.

She was a member of the British Society of Paediatric Dentistry for many decades, becoming President in 1995 and a Life Member in 2009, in recognition of her commitment to dentistry.

Jane also worked with the International Association of Paediatric Dentistry, as part of the Executive Committee of the British Society for Disability and Oral Health, and as a national examiner for dental nurses.

Sir James Spooner, Chairman of the Council of King’s College London from 1986 to 1998 and a Fellow of the College, has died aged 87.

Educated at Eton, Sir James went on to study at Christ Church College, Oxford, before working in the City as an accountant. His financial wisdom came to be deployed across many boardrooms. From 1970 until 2003, he was Director of John Swire & Sons. He also held Directorships at J Sainsbury and Barclays, and was Deputy Chairman of the Royal Opera House from 1992 to 1997. Although not an alumnus, Sir James was a great supporter of King’s and a founding member of the Principal’s Circle – donations to which have had a transformative impact on staff and students across the university, funding studies, clubs and society projects. 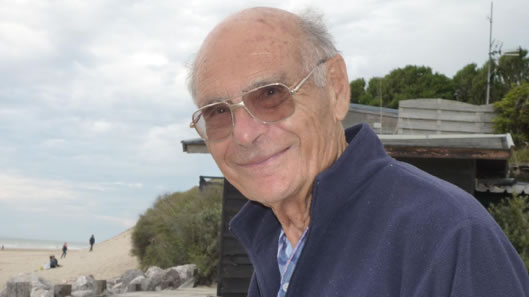 In 1925, when Ken was born, TB was a major killer in Britain with no cure. Ken studied Medicine at Guy’s Hospital, qualifying in 1948. He took a house physician post at Guy’s Hospital and it was while working here that he developed pulmonary TB. The experience led to a life-long interest in the disease.

He recovered, and, in 1953, was appointed as a registrar at the Royal Brompton Hospital, becoming a consultant respiratory physician in 1959. From here, his career of researching and treating TB began.

Ken saw many anti-TB drugs studied and trialled over the years. He was advisor to the Department of Health in the 1950s and was involved with many studies in the 1970s as Chairman of the Research Committee of the British Thoracic Society. He set up TB services in India and Africa as it became a third-world problem.

By the 1990s TB was declining, and many thought it would be eradicated from the UK. Ken, however, was doubtful, predicting it would return. He established a screening and treatment service for the UK’s homeless and co-founded the charity TB Alert to raise awareness of the threat of the disease worldwide. While drugs and therapies have been developed, there is still no cure and rates are starting to rise globally once again.

Ken’s passion for studying TB lasted a lifetime. In his 90s he said, ‘I remain enthusiastic and hope that new research and effort will eventually defeat, once and for all, this great scourge of humankind.’